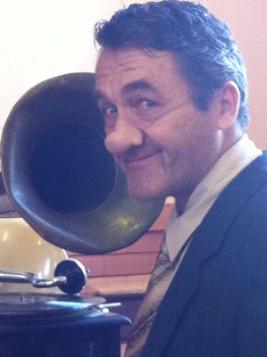 Professor Buckland retired from RU Drama in December 2018. He is currently pursuing his professional practice.

Born in Zimbabwe in 1954, Andrew tripped and fell into theatre as a student in 1974. Since then his journey as an artist has been showered with good fortune including extraordinary teachers at the Rhodes Drama Department, genius collaborators like Soli Philander, Maciek Schejbal, Janice Honeyman, Jenni Reznek, Ilse van Hemert, Claire Stopford, Marthinus Basson, Barney Simon, Gary Gordon, Lionel Newton, Lara Foot, Sylvaine Strike and many others but principally his co-conspirator and life partner Janet Buckland. Working as a freelance actor between 1982 and 1992, his career included playing Hamlet for SABC, several feature film appearances and television roles as well as many leading roles in classical and contemporary theatre works. However life changed with the creation of The Ugly Noo Noo and the subsequent works culminating in The Well Being. During his career he has earned over twenty national and international theatre awards and recently spent a year working with the Cirque du Soleil in Las Vegas. The privilege of training in movement and mime as a student provided the creative framework which attempted to engage in a theatre which drew sharp focus on the role of the body and of the physical presence of the actor. In July 1992, he took up a teaching post at the Drama Department at Rhodes and in 2010 Andrew was appointed Head of Department until June 2013. He now spends his time administering, teaching, performing, creating new work and trying to live in the moment.