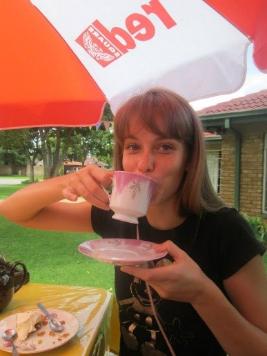 Exploring the potential of Hydrellia egeriae sp. nov. as a biocontrol agent for Egeria densa in South Africa.

Rosali completed her Honours degree North-West University in 2014. Her MSc project is focused on the invasive, submerged aquatic weed Egeria densa (Brazilian waterweed) and its potential control by a leaf-miner fly, Hydrellia egeriae. The effective biological control of floating aquatic weeds has led to the increase of submerged aquatic weeds, affecting ecosystem services provided by river and dams. E. densa is one of these problematic aquatic weeds and interferes with recreational uses of water bodies and reduces the availability of light and nutrients for other biota. Her studies aim to establish if H. egeriae can be used as a biocontrol agent for E. densa as part of a wider project that aims to explore the driving mechanisms of invasions in South Africa. Rosali is currently cultivating the fly culture and preparing plant material for host-specificity testing.