What is Mass Rearing?

‌‌The Centre for Biological Control cultivates invasive alien plants in controlled greenhouse environments. These plants are then used to culture the biological control agent specifically approved for control of that particular plant and eventually released at recognized and monitored invasive plant populations across South Africa. These biological control agents are available for free to researchers, implementation officers, reserve and water quality managers, farmers and concerned members of the public who want to get involved in preserving biodiversity and controlling invasive species in their local natural environments. Details of the insects which are reared at the two CBC facilities, and available for release, is shown in the two tables below.

The two tables below show all the biological control agents that are mass reared at the Center for Biological Control. The focus of the Waainek Facility is on waterweeds, where as the facility in Uitenhage rears biological control agents which can be released on various cacti species. If you would like to request an of these insects for release on your property, contact the relevant mass rearing managers. 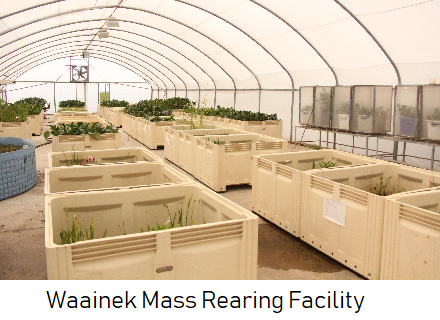 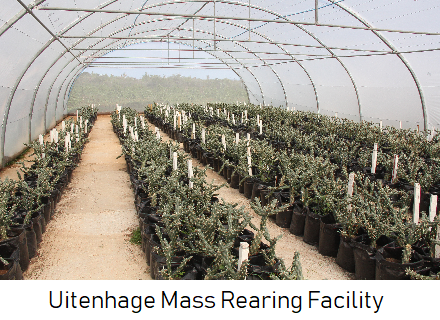