Makhanda is centrally situated, and is almost equidistant from the major centres of the country. The Port Elizabeth airport is within an easy drive of an hour and a half. Makhanda lies in one of the most historically important areas of the country, at the first point of major contact between the bantu tribes and white settlers.

The city centre boasts a wealth of architecturally pleasing historic buildings. Makhanda also has at least one example of domestic architecture from every decade since 1820. It also has the distinction of being the only city to have hosted a sitting of the Cape Parliament, on the only occasion on which that body sat outside Cape Town, in 1864.

Makhanda has a pleasant climate, with warm summers. The winters are cold, but this does not deter the thousands of visitors who attend the National Festival of the Arts in mid-winter each year. Makhanda has all the facilities you will need for your conference or seminar, as well as small-town hospitality and warmth.

Guided tours of the City of Makhanda and its environs and the University can be tailored to meet the interests of conference delegates and their spouses or partners. For more info on Makhanda click here.

Attractions at the University

The University's experimental aquaculture farm, the International Library of African Music, and SAIAB (South African Institute of Aquatic Biodiversity) are all popular with visitors. Another popular site is the Botanical Gardens which are peaceful and quiet. Rhodes University also has several affiliate museums in Makhanda, including the Albany Museum, the National English Literary Museum and the Observatory Museum. 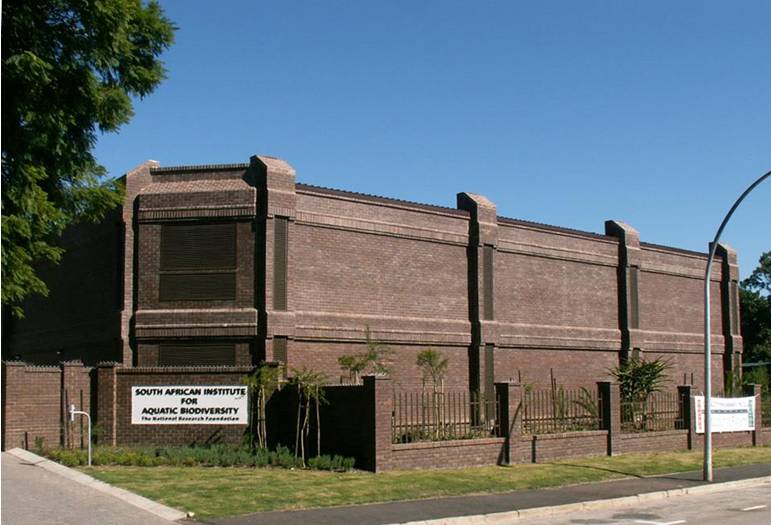 Rhodes University is the meeting point for students from all over Southern Africa including Botswana, Lesotho, Malawi, Namibia, Swaziland, Kenya, Uganda, Zambia and Zimbabwe. A number of students hail from Australia, Canada, England, South America, Italy, the USA and Germany.

There many private game reserves within an hours drive of Grahamstown that offer different packages for day visitors. Conference delegates can spend some time discovering Africa’s Big Five (Lions, Elephants, Leopards, Rhinos and Buffalo) as well as enjoying the unique animal and plant biodiversity of the Eastern Cape. Some of these private game reserves are Shamwari, Kariega, Amakhala, Lalibela, Kwandwe, Pumba and the Kwantu Elephant Sanctuary.

Another option is the Addo Elephant National Park, which is just over an hours drive away. This unique national park, which is in the midst of a grand expansion program and can offer guests the unique opportunity of experiencing the Big Seven (including Whales and Great White Sharks) and five of South Africa's seven major vegetation zones.

During the winter vacation, many conferences are arranged to coincide with the National Festival of the Arts, so that delegates can enjoy the variety of drama, dance and music during the evenings. In the summer vacations, the unspoiled beaches of the Eastern Cape are only an hour, or less, away. Delegates could also enjoy a game of golf at the Grahamstown Golf Club, the Bushman Sands Golf Course in Alicedale, the Royal Port Alfred Golf Club in Porf Alfred or at the Fish River Sun.