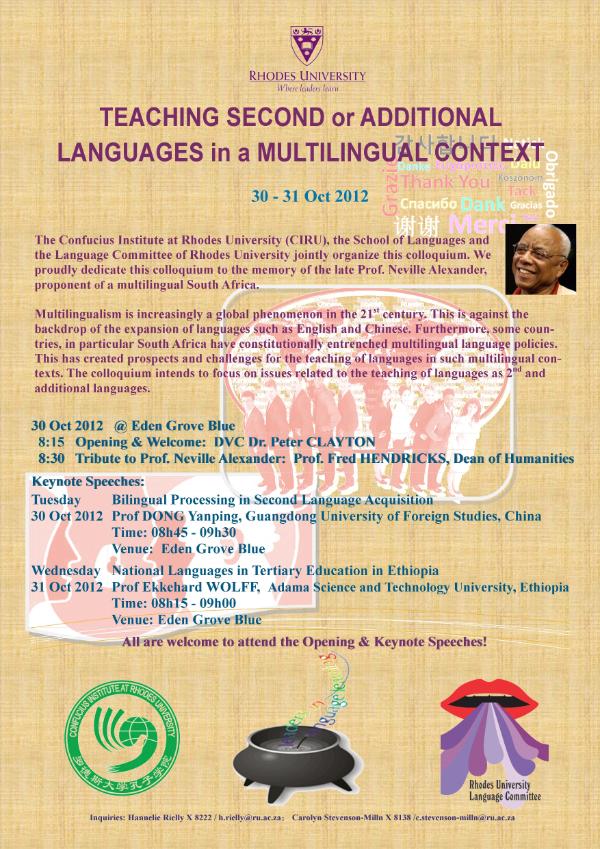 October 1st every year brings around a familiar holiday to all in the PRC; National Day. October 1st, 1949 is a special day in the history of modern China, as a ceremony at Tian'anmen Square was held to celebrate the official formation of the People's Republic of China. This day is celebrated throughout the mainland, as well as Hong Kong and Macau, with a variety of government-organised events, such as fireworks shows and concerts. Public places are festively decorated and proudly display the portraits of esteemed leaders in the PRC's history.

During National Day each year, flower baskets are laid at the Monument to the People's Heroes, which is situated at Tian'anmen Square, Beijing. The site is dedicated to those who were sacrificed during the acquisition of the nation's indepedence. 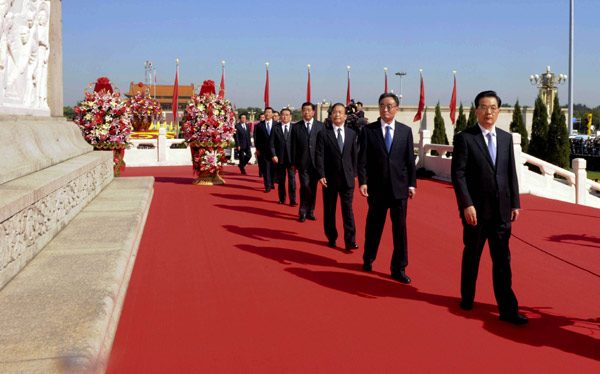 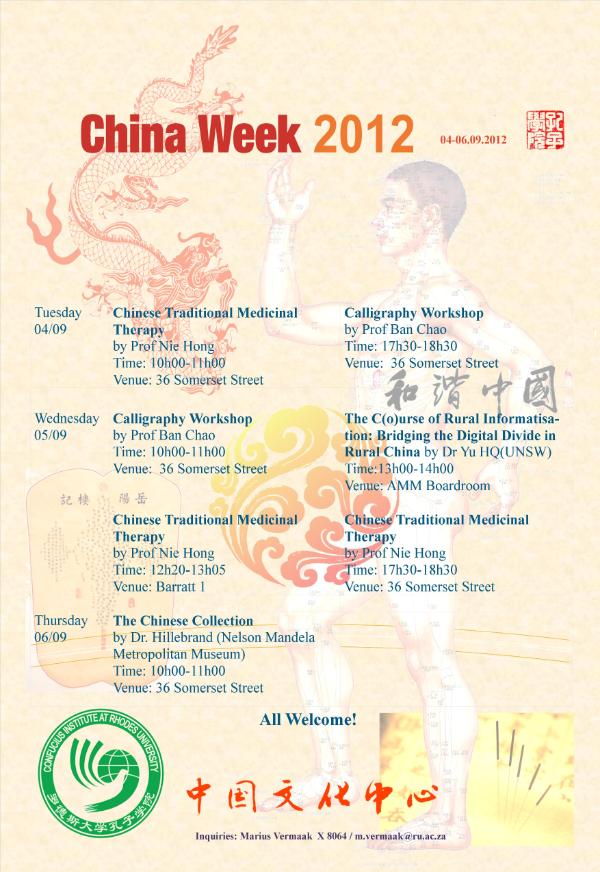 This last Saturday was Rhodes’s International Day Parade; the day was a grand affair, with countries from every corner of the globe proudly representing themselves through their motherland’s clothing, colours, and national flags. The Chinese contingent was made up by members of the Chinese Society and Chinese exchange students currently studying at Rhodes. The morning started out chilly, but everyone soon forgot the weather amidst the bustling atmosphere, and, as Grahamstown is wont to do, the weather improved as the day grew older. The parade clamoured through Rhodes' campus, down High Street and finally stopped at the City Hall, greeted by a musical fanfare (and a rather large crowd!).

At the City Hall the International Office staged a concert celebrating the diversity found within Grahamstown. After the parade came to an end, everyone streamed into the hall and lent their ears, eyes (and hearts, for some) to the stage. There were wonderful performances by a jazz band, a cultural group, township dancers, the French Society, amongst many others. Additionally, one cannot help but mention Wang Futong and Khanyi Zulu, representing China, who each gave the crowd an amazing performance. Futong sang a beautiful Chinese song, while Khanyi performed a beautiful dance, both well-praised. 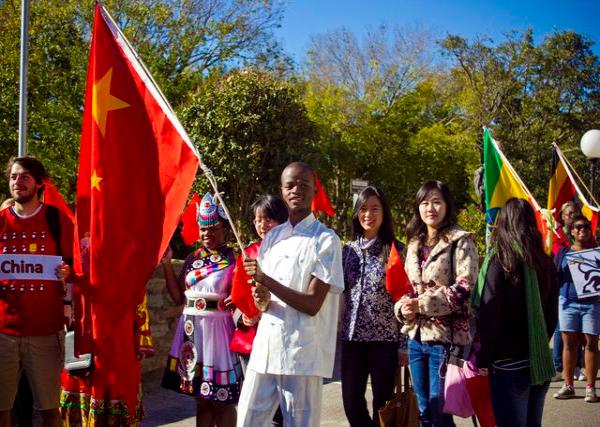 CCTV, China's official television station reaching over a billion people, aired a piece on the recent Chinese Bridge competition, which was held in Stellenbosch on the 5th of March. Nokukhanya Zulu, a third year student currently studying Chinese Studies II, features prominently - no doubt because of her excellent performance!

On the 4th of May 2012, six Rhodians - Michael James, Hayley Jang, Sihle Magubane, Samukeliso Slongo, Nicola Wasserfall and Nokukhanya Zulu - made their way to Stellenbosch for the South African leg of the Chinese Bridge Competition, 2012.

Rhodes has consistently placed in the top three ever since it began participating back in 2009 when Rhodes’s Confucius Institute was first established. This year has been no different, with Hayley Jang doing Rhodes proud by achieving third place. For her performance, she inked a beautiful painting of bamboo along with reciting an extract from a classical poem, greatly impressing the judges. As a prize, she received a one-year scholarship to study in China, with all expenses paid by the Confucius Institute.

Chinese Bridge is a competition dedicated to furthering relations between China and its world-wide neighbours, both in terms of language and culture. Each contestant must, firstly, write a test examining them on Chinese culture, language, and general knowledge. Secondly, they must give a speech on a set topic: this year it was “My Chinese Dream”. The last item, often the most interesting, is the performance. This invariably includes things like performing Chinese songs, telling jokes, dancing, calligraphy, or painting. This year, one brave contestant rapped a tune by a Chinese all-girl hip-hop band – quite a treat to watch – and she received a prize for it!

The Confucius Institute extends congratulations to all those who participated for all the effort they put in, most especially to Hayley. A special thank you must be given to their coaches as well, Liu Chang and Ma Xiujie, who spent much time refining the rough edges of both performances and speeches. 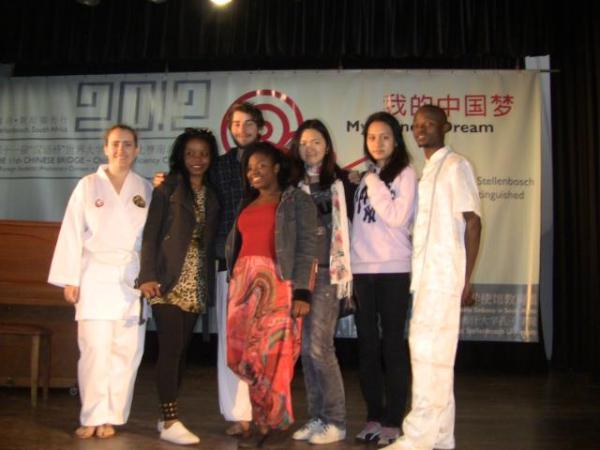