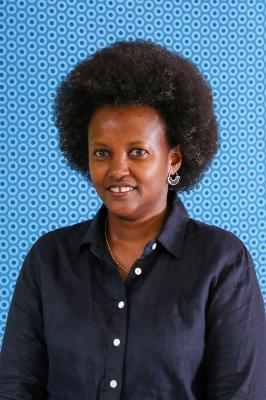 Associate Professor and Head of Department

Lynda is principal investigator of the UCAPI Research Group, concerned with African popular modes of representation and interpretation, and especially with the ways in which local specificities and global imaginaries are articulated through popular genres. It seeks to engage critically with various knowledge productions that are embedded in local cultural forms.

Lynda is also principal Investigator (with Ashleigh Harris): Contemporary African Texts and Contexts: Decolonising the archive, genre and method. This project aims to bring together two established research projects: ‘African Street Literature and the Future of Literary Form’, financed by the Swedish Research Council (2017-2020) at Uppsala University, and ‘Urban Connections in African Popular Imaginaries’, funded by the Andrew W Mellon Foundation (2017 - 2021) and based at Rhodes University. Both projects are concerned with the methodological limits placed on the field of African literary studies in the global academy. These limitations are related to questions of the archive, genre and method

Editor: The Journal of Eastern African Literary and Cultural Studies

Member: Council for the Development of Social Science Research in Africa (CODESRIA)