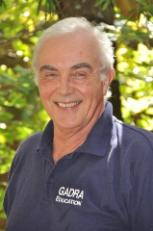 The interface between university knowledges and theory and their uptake at various levels of pre-tertiary schooling. Worked for the Molteno Project for 8 years, providing through the darkest days of apartheid quality mother-tongue literacy and early English foundations in primary schools of the Department of Education and Training. Currently offer an elective called “Literature and Teaching”.

The Karoo: Lives and literatures. Published articles on aspects of Olive Schreiner’s life and writings. With Jeremy Fogg (former Deputy Director of NELM) working on a biography of S C Cronwright Schreiner. Editing for publication a selection of letters (from 1960 – 1995) written to Eve Palmer (author of The Plains of Camdeboo) from the farm which forms the subject of her book. Initiated and led (for 20 years) the Department’s annual Karoo Literary Field Trip for Honours students. Founding chairperson of The Schreiner Karoo Writers Festival which takes place annually in Cradock.

Early Modern Literature (1580 – 1690): As a Christian I revel in teaching Shakespeare, Donne, George Herbert and Milton. Currently offer an elective in which students read the WHOLE of Paradise Lost.

2004 (With Mark Rainier): “The Myth of Graduate Unemployability and the Teaching of English Literature.” Rebranding English. Proceedings of the AUETSA Conference. (University of the Witwatersrand, July 2001) Ed. Jessica Tiffin. UCT:  Cape Town.

2006 (With Jeremy Fogg): “Olive Schreiner at 150: Some Thoughts on Re-editing Cronwright’s The Reinterment on Buffelskop.” English in Africa 33: 1.

2010 (With Jeremy Fogg): “The Short Sorry Tale of Trooper Peter Halket of Mashonaland and its Frontispiece”. English Studies in Africa 53:2.