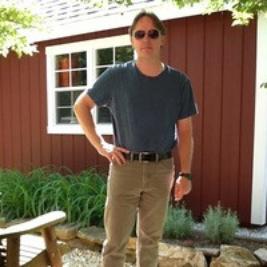 Dr. Phillips is an Americanist. He has published articles on literature and the environment, and on Walt Whitman, Cormac McCarthy, Don DeLillo, Henry David Thoreau, and Ralph Waldo Emerson. His book The Truth of Ecology: Nature, Culture, and Literature in America was published by Oxford University Press in 2003; it won the Modern Language Association’s prize for best book by an independent scholar in 2004, and was republished by Oxford Scholarship Online in 2007.  In his most recent scholarship, Dr. Phillips has focused on notions of “taste” in Thoreau’s work; on the treatment of the mathematical sublime and nationalism in Whitman’s Leaves of Grass; on concepts of the natural and the artificial in relation to the sense of place; on the cognitive skills, communicative abilities, and cultural traditions of animals, especially elephants; and on depictions in film and literature of biophilia and biophobia in relation to apex predators, especially grizzly bears.

Chapter. “The Environmental Novel of the American West.” In The Cambridge History of Western American Literature. Susan Kollin, ed. Cambridge U P. In press.

Book Chapter. “Expostulations and Replies.” In Ecocriticism: The Essential Reader. Ken Hiltner, ed. New York: Routledge. 2014. 259-66. Excerpt from Chapter One of The Truth of Ecology.

Book Chapter. “He Ought Not Have Done It: McCarthy and Apocalypse.” Cormac McCarthy: All the Pretty Horses, No Country for Old Men, The Road. Sara Spurgeon, ed. London: Continuum, 2011. 172-88.