Rhodes owes its unique character among South African universities to a combination of factors - historical, geographical, cultural and architectural. Its history is a chronicle of the people whose intellect, vision and courage created and sustained a university, often against seemingly insuperable odds. Successive generations of Rhodians, imbued with their independence of thought, have had an influence on southern Africa and world affairs out of all proportion to their small numbers.

University education in the Eastern Cape began in the college departments of four schools: St Andrew's, Grahamstown; Gill College, Somerset East; Graaff-Reinet College; and the Grey Institute in Port Elizabeth. By the turn of the century only St Andrew's and Gill still prepared candidates for the degree examinations of the University of the Cape of Good Hope. Limitations in staff, laboratory equipment and libraries made tuition inadequate. It was obvious that only a central university college could provide a satisfactory standard of university education.

Grahamstown, out of the mainstream of commercial and industrial life, seemed an unlikely choice for a university city, but local residents were strongly in favour of the idea. The chief obstacle was lack of funds. The South African War of 1899-1902 almost extinguished the project.

In December 1902 Josiah Slater, Member of Parliament for Albany and editor of the Graham's Town Journal, called a meeting to try to rekindle public interest. He succeeded beyond all expectations, but enthusiastic promises of local and financial support were not enough. The newly-formed committee applied, unsuccessfully, to the Rhodes Trustees for the financial backing they needed.

Selmar Schonland, distinguished botanist and curator of Albany Museum, then tried a direct approach to one of the Rhodes Trustees, Dr Leander Starr Jameson.

Jameson, soon to be elected Member of Parliament for Albany and Prime Minister of the Cape Colony, promised £ 50 000 without consulting his fellow Trustees. At first they refused to confirm the grant; then, persuaded by Schonland, they made over De Beers Preference Shares to the value of £ 50 000 to Rhodes University College, founded by Act of Parliament on May 31, 1904.

The four St Andrew's College professors, Arthur Matthews, George Cory, Stanley Kidd and GF Dingemans became founding professors of the Rhodes University College and Matthew's outstanding survey class provided the nucleus of the Rhodes student body. The new university college prepared its students for the examinations of the University of the Cape of Good Hope.

At the beginning of 1905, Rhodes moved from cramped quarters at St Andrew's to the Drostdy building, which it bought from the British Government. During 1905 seven new professors, including Schonland, joined the original four. One of the distinctive features which evolved early in Rhodes' history was the tutorial system, adapted from the Oxbridge model. Each student was assigned to a staff member who took a personal interest in his or her work and welfare. As numbers increased, students were assigned tutors and tutorial groups within academic departments, providing a forum for the lively debate characteristic of a Rhodes education.

The foundations of the Rhodes residential system were founded within a decade. Steadily growing student numbers put pressure on available accommodation in school hostels and 'approved boarding houses' as well as class and laboratory space in the motley collection of military buildings housing the college.

At this point, Baker and Kendall, the firm started by an architect of growing reputation, Herbert Baker, offered their services to the Council to draw plans for a new Rhodes. Their design won the competition held by the Council in 1910. Within five years a new Chemistry-Zoology block and the first residences for men and women, College and Oriel, were built to Baker and Kendall plans.

Moves by the South African College in Cape Town and the Victoria College in Stellenbosch to become autonomous universities began as early as 1905. The Rhodes Senate and Council quickly realised that an independent Cape Town University might threaten the still precarious existence of Rhodes. Fears were only allayed when Rhodes became a constituent college of the new University of South Africa in 1918.

By 1917 Rhodes' finances had ebbed to the point where staff retrenchment became unavoidable. However, expansion was essential for survival. Increased post war subsidies, a government bond on all Rhodes property and further help from the Rhodes Trustees made possible the construction of the first part of the Baker Arts Block and more residences.

Sir John Adamson became first Master of Rhodes in 1925. Further loans and another government bond were negotiated and building continued. The first sign of trouble ahead was a sharp drop in enrolment between 1927 and 1929 and the full force of the Depression struck Rhodes amidships in 1931 and 1932.

Government grants were drastically reduced and De Beers did not declare a dividend in 1932. At the height of the crisis, Cullen Bowles, Professor of Classics, succeeded Adamson as Master.

Sudden national economic recovery in 1933 meant restored government subsidies and an end to staff salary cuts. Armed with grants from the government and the Rhodes Trustees, and loans from various municipalities, the Council went ahead with the building of more residences and the completion of the Baker main block and tower. Bowles retired in 1937, after seven stormy years as Master and 26 years at Rhodes. Professor John Smeath Thomas succeeded him.

At the end of 1938 the Carnegie Corporation made a Carnegie Library Fellowship available to train the first Rhodes Librarian, FG van der Riet. A substantial grant to buy books for the Rhodes Library followed.

Despite the outbreak of war, student numbers continued to rise. The ambitious building programme went on throughout the war and post war years with funds borrowed from the municipalities of Grahamstown, Port Elizabeth, East London, King William's Town and Cape Town.

The day of reckoning

When the future of the University of South Africa came under review in 1947, Rhodes opted to become an independent university. However, £150 000 in free capital was needed for endowment. So, far from being available, Rhodes was soon forced to pledge its remaining De Beers Preference Shares to the bank as security against a soaring overdraft.

At this critical point, Dr Thomas Alty succeeded Smeath Thomas as master of a college owing £56 015. Alty's courageous decision to ride out the storm was soon confirmed by events. Just as it seemed Rhodes was finally facing dissolution, the partners of a Grahamstown printing firm, Hugh and Vincent Grocott, knocked on Dr Alty's door one evening and, almost apologetically, handed him a cheque for a considerable sum of money. Their gift seemed to act as a catalyst.

Birth of a university

The government and the Grahamstown City Council took steps to help extricate Rhodes from its predicament, and a insurance company lent the college £200 000 on favourable terms. When the Rhodes University Private Bill was passed in April 1949 an appeal for funds was launched. Response from the Rhodes Trustees, the directors of De Beers Consolidated Mines and numerous other public and private organisations and individuals was overwhelming. Soon £100 000 had been subscribed and further £50 000 was promised, with a £1 for each £1 donation pledged by the government.

This mutually beneficial arrangement continued until the government decided to disaffiliate Fort Hare from Rhodes. The Rhodes Senate and Council objected strongly to this, and to the Separate University Education Bill, which they condemned as interference with academic freedom. However, the two bills were passed, and Fort Hare's affiliation to Rhodes came to an end in 1959.

James Hyslop succeeded Alty in 1963, at a time of rapid expansion which continued throughout the decade. Facilities at Rhodes were strained to the limit. When the Community of the Resurrection closed the Grahamstown Training College, the University was provided with a solution to the critical shortage of space. Negotiations began in 1971 to buy the Training College buildings and grounds and a number of adjacent buildings. The Law and Divinity Departments moved into the St Peter's complex in 1975, followed by Education in 1977 and Music and Musicology in 1979.

Dr Derek Henderson, an Old Rhodian, succeeded Hyslop in October 1975, during the continuing development of the University.

Four St Peter's residences, Canterbury, Winchester, Salisbury and Truro, were in university use by 1979. The beautiful chapel of St Mary and All the Angels, designed by Kendall, is now the Rhodes University Chapel. It was proclaimed a national monument in 1980. The deconsecrated Chapel of the Resurrection now houses the Rhodes University Museum.
The former mother house was restored with generous outside assistance and was re-opened as the Gold Fields Centre for English during its centenary month of July, 1992.
New buildings linking the University's main quadrangles and the Library were formally opened in 1985. They included Geography, which completes the second quadrangle. With English, Geography and the existing Library it also forms a third quadrangle, to complete the development of the University's central area.

Generous gifts from mining houses enabled the University to complete the Kimberley Hall complex by opening Gold Fields House in 1985 and De Beers House in 1988. A new residence, named Allan Gray House, in the Drostdy Hall complex was constructed as a result of a generous donation by Allan Gray Investments. It was opened to students in 1993. In addition, a new residence, called New House, was built in the Jan Smuts Hall complex, and was commissioned in 1994.

Despite steady growth, Rhodes is still as small university whose excellence is in part a product of its smallness. Most students live in the 39 residences. Classes are still small enough to make individual tuition in tutorial groups feasible.

Dr David Woods, also an Old Rhodian, succeeded Henderson in May 1996. A review of academic departments and administrative divisions has led to a "re-engineering" of Rhodes to take it into the next century.

The future of Rhodes lies not in greater numbers, but in increasing academic excellence and building upon almost a century of academic achievement. 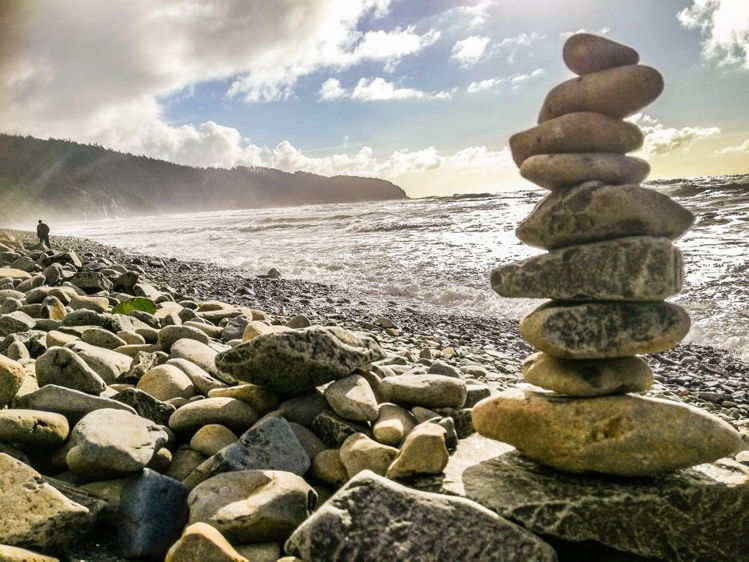