The Institute for Water Research has been centrally involved in developing methods for quantifying the environmental water requirements (EWR) of the rivers of South Africa for many years. The concepts of environmental protection and the sustainable use of water resources was included in the South African Water Act of 1998 as the ‘Ecological Reserve’. The hydrology section of the IWR has developed, tested and applied a wide range of tools to support the determination of the ‘Reserve’. Many of these developments were associated with providing ‘desktop’ models that would allow rapid (but often low confidence) estimates of the Reserve or EWR in the absence of the time or specialist expertise resources to undertaken more detailed studies. The initial version of the Desktop Reserve Model was largely based on the use of hydrological indices to extrapolate from previous detailed study results to any other site based on regionalised parameters for the whole country. This model has also been used in several other countries of Africa and in a few other countries of the world.

As the whole science of EWR developed, so there was an identified need to update the approach used in the Desktop model. This led to the development of the Revised Desktop Reserve model that more explicitly links the relationships between hydrology (and variations of flow through time), hydraulics (the nature of the channel cross-section) and the ecological response to different flow regimes. The approach is largely based on the habitat (flow depth and velocity) requirements of the biota and how the actual habitat changes through the interaction of the channel hydraulics with different managed flow regimes. Figure 1 (extracted from the PhD thesis of Dr Ahmed Desai) illustrates the concepts of the revised model, while Figure 2 shows the variation in habitat (F = fast, S= slow, D=Deep and S=Shallow) with discharge. 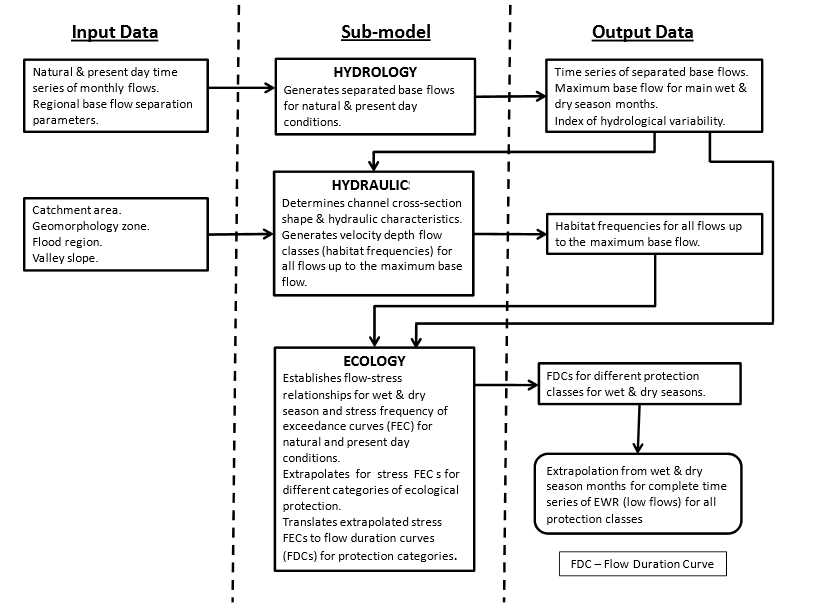 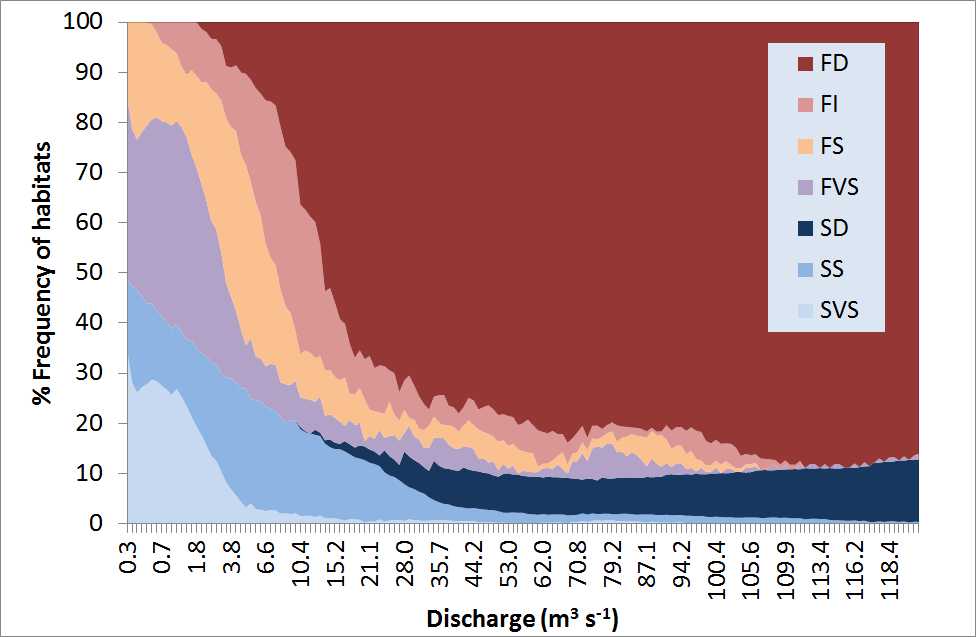 Figure 2: Habitat frequency diagram (one of the outputs of the Revised Desktop Reserve model)

Further details of the concepts and research that has been completed can be found in the following publications:

Hughes, DA (2006) A simple model for assessing utilizable streamflow allocations in the context of the ecological Reserve. Water SA, 32(3), 411-417.

Hughes, DA and Louw, D (2010) Integrating hydrology, hydraulics and ecological response into a flexible approach to the determination of environmental water requirements for rivers. Environ. Model. & Software, 25(8), 910-918. [Awarded the best paper of 2010 for this journal]

Hughes, DA & Munster, F (2000) Hydrological information and techniques to support the determination of the water quantity component of the Ecological Reserve for rivers.  Water Research Commission Report No. TT 137/00.

Hughes, DA, Louw, D, Desai, AY and Birkhead, AL. (2012) Development of a revised desktop model for the determination of the ecological reserve for rivers. Water Research Commission Report No. 1856/1/11.