Rhodes University staff and students from the department of Geography have contributed to a Nature Communications journal synopsis about global permafrost temperatures.

This was made possible through the National Research Foundation (NRF) funded project on Landscape Processes in Antarctic Ecosystems.

“The effects of permafrost have been studied since the International Polar Year in 2007,” said Professor Ian Meiklejohn, from Rhodes University; Professor and Head of Departments for Geography and Geology.

Rhodes University’s involvement in permafrost research started in 2010, under the leadership of Prof Meiklejohn, initially in collaboration with the Universities of Pretoria, Fort Hare and Northern British Columbia (Canada), together with Stellenbosch and Uppsala (Sweden). 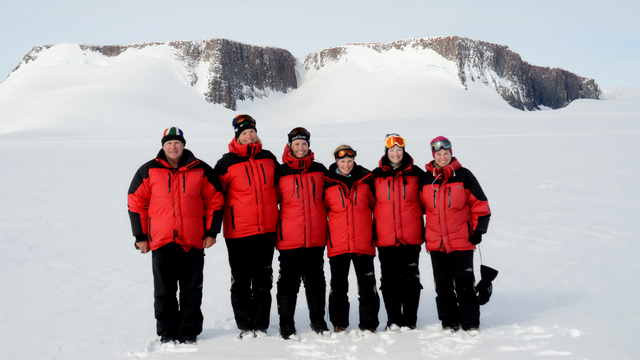 “Permafrost, which covers a quarter of the global land surface, is a key environmental element that has the potential to amplify global climate changes. Thermal inertia in the permafrost means that it does not respond immediately to air temperature changes and that it is, thus, an excellent proxy for medium-to long-term temperature changes,” said Prof Meiklejohn.

Lead author of the paper, Dr Boris Biskaborn of the Alfred Wegener Institute Helmholtz Centre for Polar and Marine Research in Potsdam, Germany, highlighted that global permafrost temperatures showed a significant increase of 0.39°C between 2007 and 2016.

“In Antarctica, where the Rhodes University team worked as part of the South African National Antarctic Programme, the average permafrost temperature increased by 0.37°C  over the same period. The controls on the thermal regime in the Antarctic are complex and the implications of the paper’s findings are difficult to predict, especially since the research is carried out on relatively small land islands in a sea of ice, called nunataks. If the results are considered together with the other measurements and the body of research showing significant loss of Antarctica’s ice cap (i.e. the land-based ice), then it is further evidence of warming at a global scale,” Prof Meiklejohn explained.

Since Rhodes’ participation in 2010, 10 Masters and PhDs involved in the project have graduated, as well as five from collaborating universities.

In addition to being published in numerous scientific publications, the project boasts the first female leader of a South African field-team in the Antarctic, Dr Christel Hansen, who herself graduated from the programme at Rhodes. Ms Tebogo Masebe, who completed her MSc at Rhodes University, was the first black South African female to be part of a field-based team that worked on the continent. Of the 10 Rhodes University degrees awarded during this project, eight were conferred to women. 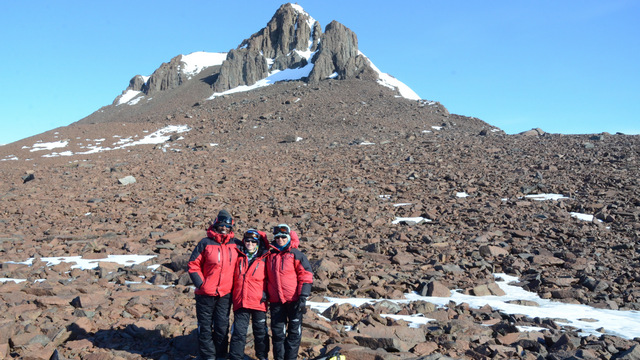 Tebogo Masebe, Nicola Wilmot and Jenna Knox at Grunehogna Peaks in Antarctica during the 2016/2017 Austral Summer

The research was carried out in western Dronning Maud Land (Queen Maud Land) on nunataks close to the SANAE IV base, built by the South African National Department of Public Works and which is operated by the Department of Environmental Affairs. Travel to the bases was by helicopter and the study sites (some up to 120km away) were reached by skidoos (snowmobiles) and helicopters.

“Working in Antarctica is extremely hazardous and a great deal of training was required for the participants,” Prof Meiklejohn explained.

The Nature Communications article “Permafrost is warming at a global scale”, can be accessed here.