We speak to one of his two mentors who propelled him towards a “non-traditional” career path in international relations.

Rhodes University alumnus, Wamkele Mene, was last week installed as the secretary-general of the African Continental Free Trade Area (AfCFTA), a first for the continent.

Mr Mene’s appointment followed what was described as a tight contest that included rounds of voting at the African Union (AU) Summit in Addis Ababa, Ethiopia.

The AfCFTA is a free trade area created by the African Continental Free Trade Agreement among 54 of the 55 AU nations. It forms part of broader efforts to foster intra-African trade by cutting tariffs up to 90%, with the aim of fighting under-development and poverty, as well as advancing peace and prosperity on the continent.

Talking to Ilva Pieterse from the University, Mr Mene reminisced about the “good relationship” with two of his “mentors”, Professors Rok Ajulu and Paul Bischoff, who made a major impression in his career development.

He credits both for convincing him to take a chance on a “non-traditional” career path in international relations.

Late Prof Ajulu came to Rhodes University in 1994, where he taught African Political Economy and African International Relations. He is described in his professional circles as “a larger than life figure, a man of the Left from an African perspective.”

He left Rhodes University in 2003.

Prof Bischoff remembers Mr Mene as an “outstanding student who had an appetite for knowing about the wider world. He stood his ground when disagreeing with a lecturer, but was also able to accept the consequences.” 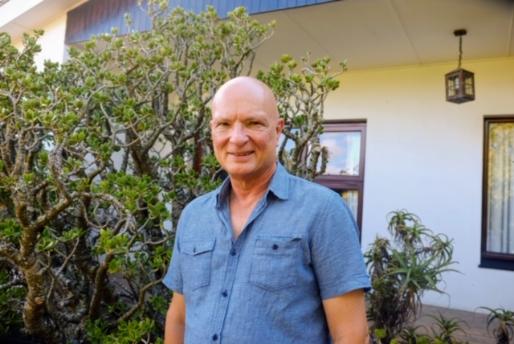 During his formative years as a BA Law undergraduate student in the late 1990s, Mr Mene already showed a propensity for leadership. He served as the Student Representative Council President in 1998.

My time at the University absolutely inspired me to aspire for leadership, Mr Mene remembers. He has, over the years, 'paid it forward' by presenting various topical talks to Rhodes University students, as part of the Department of Political and International Studies' annual Teach-In talks.

“The major advantage that Rhodes University has is that we are a very small research-intensive institution. Here, we know our students by name. They are not student numbers,” said Luzuko Jacobs, Rhodes University’s Director for Communications and Advancement.

“From undergraduate years, they get to be taught by Professors, Doctors or professional researchers in an intense and intimate teaching, research and community engagement environment,” Jacobs continued. “For any student who makes it to our institution, the Rhodes University experience is leadership in practice.”

Mr Mene sees his election as a demonstration that South Africa has the capacity to train and produce world-class global leaders.

Asked for advice to young future leaders, Mr Mene advised: “Let your sense of purpose be driven by your passion - do what you enjoy doing and don’t focus on the money. This is what employers look for.”

He urged students not rush into their postgraduate studies. “Don’t feel like you need to jump straight from Honours to Masters and get started on a PhD right after that. Life experience matters. Take time off in-between to nurture the balance between theory and practise.”

“When you have that degree, send your application to as many potential employers as possible. Most of them will probably say no, but if you persist, eventually you will succeed.”

Mr Mene was South Africa’s Chief Negotiator in the AfCFTA and is a former Trade Diplomat at the World Trade Organisation.

The AfCFTA Secretariat will be inaugurated in March ahead of the 1 July target date for the free trade implementation, which Mene sees as a priority.

“We are extremely proud of Mr Mene. We wish him well and we have no doubt that he will serve Africa and its peoples well in his new role,” he said.