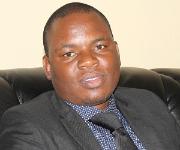 Semantic density and development of the judgment genre in Zimbabwe from 1960 to 2010: Implications for social justice

My research examines the development of the legal judgment genre in Zimbabwe from 1960 to 2010 in terms of its capacity to build sufficient knowledge on issues presented before the courts and the implications of this for social justice. Mindful of the fact that genres are artefacts which can reveal past and present practices, I draw my data from judgments on land-related cases, owing to the centrality of land in the history of Zimbabwe and its connectedness to social justice.  The period 1960 to 2010 covers two epochs, one being colonial and the other being postcolonial, which raises questions about social justice.

Social justice entails a just relationship between an individual and society and is measured by opportunities, privileges, compensation and distribution of resources among individuals. The construal of justice is both deontic and axiological: some acts/ideas are construed as permitted while others are prohibited; and some acts/ideas are construed as being more just than others (Vallentyne, 2003). This underlines the relevance of focusing on ideational and interpersonal meanings in the judgments and the relationships of these linguistic resources to epistemic- and axiological-semantic density (degree of complexity of meaning). Tracking of changes in the degree of complexity of meanings gives rise to semantic profiles, which are useful for inferring the degree to which the judgments successfully build knowledge around matters at hand.

Differences in the semantic profiles of the judgments in different epochs can assist one in inferring aspects of the evolution of the genre as a knowledge practice. On the other hand, SFL shows that genres evolve as society adapts them to better serve their functions.  This evolution can be observed through examining the ideational and interpersonal metafunctions.

The research thus employs an eclectic theoretical framework of Legitimation Code Theory (LCT), specifically the Semantics dimension (Maton, 2014) and selected Systemic Functional Linguistics (SFL) resources outlined by Martin and Rose (2007) and Martin (2017). The SFL resources are grammatical metaphor, technicality, attitude, engagement and graduation. These resources are known to have strong relationships with semantic density (Martin, 2017). I enact SFL and LCT in a linear arrangement, where SFL resources are analysed first and interfaced with semantic density within the broad context of social justice.  Alongside examination of the development of the judgement genre is the search for how linguistic resources in the genre can best be deployed in order to achieve a semantic profile that enhances effective knowledge building in matters to do with social justice in a manner that suits all the audiences of judgments – litigants, legal professionals and the public.