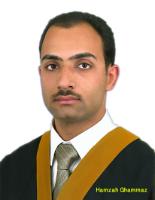 This study falls within the domain of comparative syntax and semantics. It limits its boundaries to analysing passivization, thematic roles and transitivity in English and Modern Standard Arabic (MSA) focusing on both the syntactic and the semantic aspects of analysis. This study is meant to contribute to the descriptive theoretical field of contrastive linguistics and the syntactic-semantic interface. It also contributes in showing how Case marking is assigned to the arguments of the verb, which is a relatively neglected domain in MSA. Syntactically, the investigation is framed in terms of Chomsky’s Minimalist Approach (MA) as theorized and modified from 1995 through 2007. Specifically, this study investigates the similarities and differences between English and MSA with regard to passivization, thematic roles, and transitivity. In other words, where do the languages under investigation meet and depart as far as these notions are concerned? It also identifies the characteristics of passivization, transitivity and thematic roles in English and MSA. Finally, it will investigate how Case is assigned and checked in MSA transitive, ditransitive and tritransitive verbs and how the MA could provide an adequate explanation of Case assigning and checking in MSA. The data for this study is being collected from attested books and references from both languages and consulting native speakers’ intuition. The findings of this study will have a pedagogic significance, e.g. for those involved in teaching English to native speakers of MSA and for those involved in teaching Arabic syntax to native speakers of the English language.