Sorry there was an error sending your form.
Giving to RU
Rhodes>Music & Musicology>Staff >Boudina McConnachie 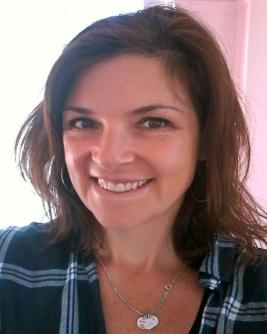 Boudina McConnachie (PhD, MMus, BMus, PGCE, RULS) is an African musical arts (AMA) activist with a particular interest in musical arts pedagogy. She co-ordinates various music education courses through the Rhodes University Education department and is integrally involved in the teaching and learning programme at the International Library of African Music (ILAM). Boudina completed her undergraduate music degree majoring in African music (uhadi and mbira) and classical flute and was a music teacher at a government school in the Eastern Cape for over ten years. She completed her masters specializing in Indigenous Knowledge and copyright and her PhD in African music curriculum development. In 2018 she was named one of ten emerging African scholars to research various aspects of African music in the Mellon supranational grant for the Pan-African Music Initiative run through the University of Cape Town. She is a Mellon Principal Investigator for the “Unsettling Paradigms/Decolonial Turn” project at Rhodes University and serves on the Journal of the Musical Arts in Africa editorial team.

Boudina has written two books, Listen and Learn, Music Made Easy (2012) and My Music, My Classroom- Umculo Wam, Iklasi Yam (2016) and contributed towards the development of a Marimba Ensemble Teaching and Learning Guide (2016) for the NGO, Access Music Project (AMP). In addition she has reviewed articles for international journals, presented at conferences across the globe and has actively contributed towards the development of the African Musical Arts curricula at several universities in South Africa.

Her students include the world renowned African performers Albert Bisaso Ssempeke from Uganda and Venancio Mbande Jnr from Mozambique who are working towards Masters Degrees in African Musical Arts performance. Boudina is supervising a further eight post-graduate students with topics ranging from education and performance practice to instrument making and revitalization. Her undergraduate courses include World Music, African music performance and Ethnomusicology.

McConnachie, B. 2016. My Music, My Classroom. Grahamstown, South Africa.

Coetzer, B. 2005. “Langarm in Grahamstown: the music, the dance and the social history”. Peer reviewed journal article in The Journal of the Musical Arts in Africa. (JMMA) Vol. 2 2005 edited by Anri Herbst. UCT, Cape Town.

Coetzer, B. 2005. “Langarm in Grahamstown: The dance, the social history and the music” in Papers presented at the 18th Symposium on ethnomusicology 2004. Edited by Andrew Tracey. ILAM, Rhodes University, Grahamstown.

Awarded the NRF Prestigious Scholarship for Masters Studies in 2006/2007