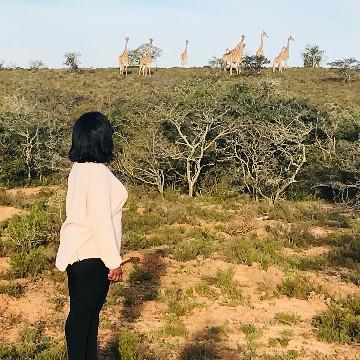 From 5 to the 8 August 2019, approximately 40 Rhodes University postgraduate students gathered for a few days of full writing immersion in a beautiful resort filled with wildlife called Assegaai Trails. 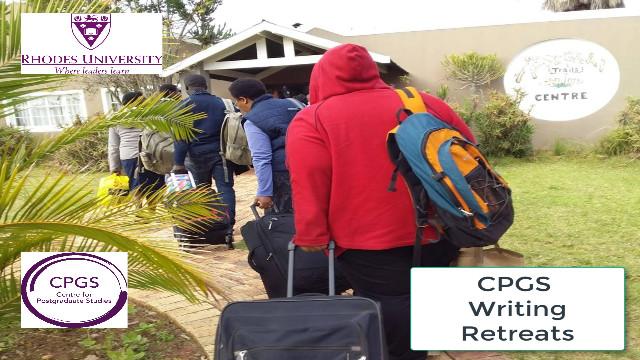 The retreat started off with an introductory session where we got to know the facilitators and each other. Dr Sherran Clarence followed this session with a talk about the thesis as an argument and the development of a thesis statement. She stressed the need for a clearly articulated Research Question or Hypothesis.

As an interesting icebreaker, were then given pen and paper and asked to draw the current relationships we had with our theses. Themes of melancholy and despair were expressed recurrently in the sketches while positive experiences were often buried deep in the stories about the roller coaster experience that writing can assume.  The pictures were hung in the writing room for the entire group to see them throughout the few days. However, the despair inherent in what started off as an anxious group of students would soon dissipate.

Given that this was a writing retreat, the bulk of the time spent at the resort was going to be spent writing. Pomodoros were used to facilitate this writing process; this is a timer that spaces work in 25 minute bursts, followed by a 5 minute break. We were given one rule for the Pomodoros, which was to take the 5 minute break at the sound of the bell even if the writing was flowing. After successfully completing a two hours of writing, the positive vibrations could be felt in the room and a bit of hope was coming back into people’s faces. In its magnificence, Assegaai Trails has no WiFi or perhaps the Centre for Postgraduate Studies cunningly sees to it that the connection is cut for the duration of the retreat! Given the temptation to get lost in the bottomless pit called social media the minute writing gets tough, the no WiFi connection setup was probably a good thing. We were being forced to confront the wild beast, which resulted in breakthroughs!

The next few days were based around the Pomodoros with various structured inputs about our writing. On day two, Dr Karis Moxley spoke about voice in academic writing. We also all had one-on-one sessions with the facilitators. I had one of the most fruitful and defining conversations of my entire PhD journey with one of the facilitators.

During the evenings, we went on hikes in small groups, which was now our chance to see the gorgeous lookouts, and wildlife that lives all around Assegaai Trails.

On the last day, after some writing time, we gathered in the workroom and were asked to fetch our pictures from the wall and on the back of the page draw the new relationship that we had developed with our theses. Positivity and wellbeing abounded. Many of us had reconnected with the purpose of our dissertations and we had also established new networks and friendships.

Look out for the next Writing Retreat and in the meantime, if you are looking for a supportive peer-led space for writing your thesis please join us for silent Pomodoro sessions at Margaret Kenyon Reading Room, Main library (4th floor) every Tuesday from 2pm to 4pm. All welcome! 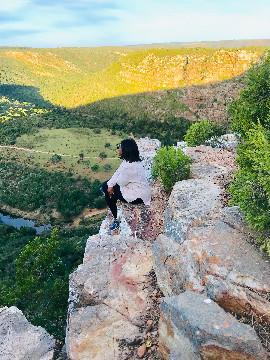