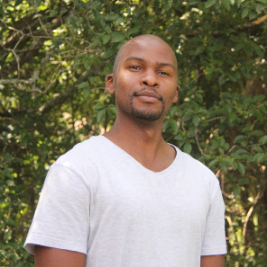 Thesis title: The impact and distribution of two populations of Eccritortasus species on the alien invasive weed, Eichhornia crassipes in South Africa.

Zolile Maseko is a PhD candidate with the Centre at Rhodes University. He came to Rhodes in pursuit of an MSc in Entomology in 2013, and stayed on for his PhD. Currently, he is working on the invasive aquatic weed, water hyacinth and the efficacy of two species of Eccritotarsus, part of the group of nine control agents released against the weed in South Africa. The current distribution of either species is currently unknown and therefore, his research shall involve national surveys to identify sites where the species have established as well as assess the impact they have on the weed. Furthermore, the study will encompass investigations into the competition between these two species as they utilize the same resource. This study will therefore provide essential data to assess the performance of these two species in the field.