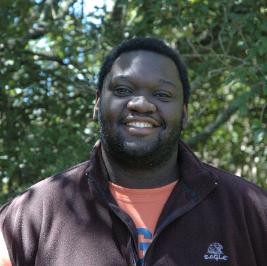 During his PhD, Lenin studied trophic relationships in riparian areas. He utilized fatty acid and stable isotope markers to investigate the contributions of aquatic food sources to diets of web-building spiders and odonates in the Kowie River banks. Since completing his PhD, Lenin has switched his research focus to entomological biocontrol. He is currently working on an Australian funded project of identifying potential biological agents for Lycium ferocissimum, a native plant in South Africa, but a noxious weed in Australia. He enjoys conducting native range surveys for both plants and insects of biocontrol interest.