Sorry there was an error sending your form.
Giving to RU
Rhodes>Arts of Africa >Exhibitions & Performances>MAKING WAY (2013) 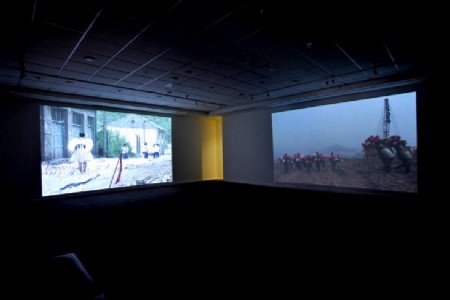 The Making Way group exhibition curated by Ruth Simbao explored the ways in which contemporary artists based in South Africa and China engage with paths of recent movement, economic and cultural shifts, the rise of new regimes, and fluctuating social and urban spaces. One of the most critical geopolitical shifts in the 21st century has been the rise of China as an economic power, and its venture into other parts of the Global South – particularly the African continent. Too often, however, the media sensationalises China-Africa relations, simplistically framing China as either Africa’s new curse or as an economic saviour to the continent. While revived China-Africa relations have piqued the interest of economists, little meaningful cultural understanding exists, and new forms of Sinophobia are hot on the heels of Afrophobia. This exhibition addressed the various ways in which humans ‘make way’ globally and locally, through broad patterns of movement as well as small, grounded moments of performance. 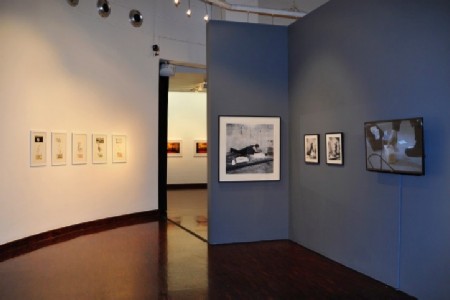 In this exhibition Lebogang Rasethaba, Gerald Machona, Michael MacGarry and James Webb deal directly with China-Africa relations. While Rasethaba and MacGarry consider personal relationships between Chinese and African people that arise from recent opportunities in trade and education, Webb and Machona play with stereotypical perceptions and constructions of ‘foreignness’ in China and South Africa.

Rapid change in physical and social landscapes often accompanies geopolitical shift. Wu Junyong ‘s animation videos mine the absurdity of power, greed, monotony and futility in contexts that lack change, and Chen Qiulin grapples with dramatic economic and urban reconstruction in relation to the development of the Three Gorges Dam. Kudzanai Chiurai and Shanghai photographer, Maleonn, register change by questioning the strategies of leaders, and wittily consider the youths’ often awkward relationship to the past as well as their fresh approach to the present.

Both the Chinese and isiXhosa translations of ‘making way’—?? (kailu) and ukuvul'indlela respectively—suggest the notion of opening up the road.  In a number of works, artists such as Hua Jiming, Thenjiwe Nkosi, Gerald Machona, Dan Halter, Dotun Makun and Vulindlela Nyoni challenge the ways in which societies attempt to close down opportunities with Sinophobic and Afrophobic attitudes as new paths and global patterns of movement open up.