Sorry there was an error sending your form.
Giving to RU
Rhodes>Arts of Africa >Exhibitions & Performances>PERFORMANCE OBSCURA

A MAKING WAY Performance (2012), conceptualised with Mikhael Subotzky and curated by Ruth Simbao 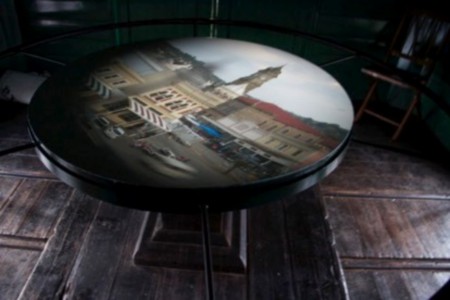 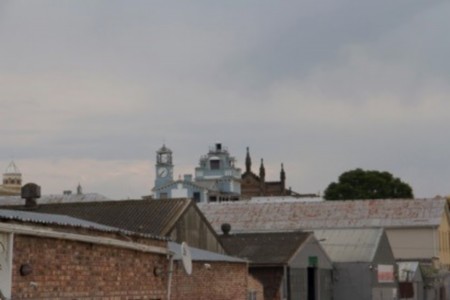 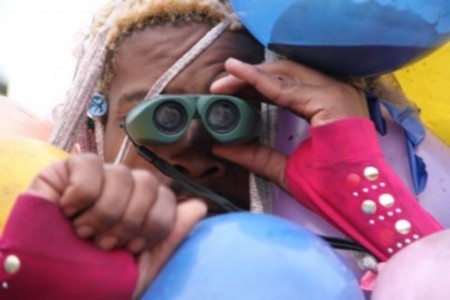 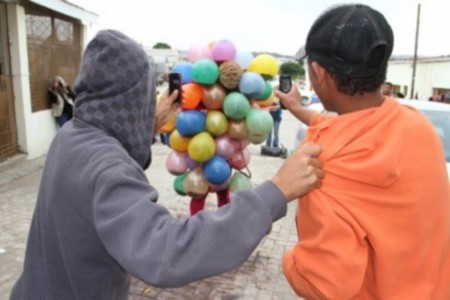 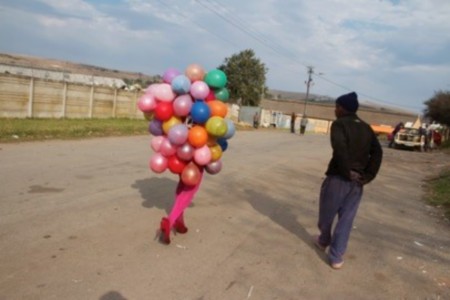 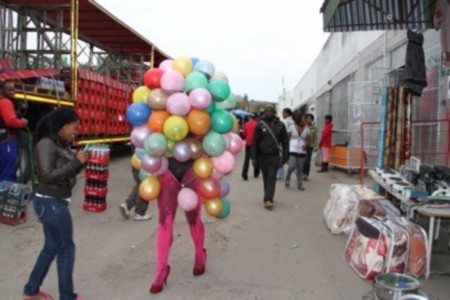 In what I see as the best writing on live art…performance has been thought of not as confirming presence but as provoking, precisely, ‘moments of danger’ that flash up and (if we are open to it) open the possibility for acknowledging the impossible folds of time that defeat the desire to write history in the old-fashioned, art-historical sense as a final and true choreography of objects progressing over time. The evanescent nature of a live act reminds us that we cannot fully know or codify the past…

This is the paradox of live art—that it articulates the impossibility of securing presence (the graspability of the ‘now’, as well as the immediacy of the artist) even as it claims to define itself on the basis of doing so. Performance art thus exposes the radical conundrum that continually bedevils human existence (not to mention performance and art theory): the impossibility of knowing, keeping, or anchoring the present (present experience) without it slipping away.

Performance Obscura was conceptualised with Mikhael Subotzky, who was planning to photograph Ruga’s performance reflected on the plate of the 19th century camera obscura in Grahamstown. However, due to unforeseen circumstances, Subotzky was unable to be present and the performance took on an unexpected life of its own. While the ‘failure’ of the planned performance might have frustrated some, Ruth Simbao argues that Performance Obscura opens up the space to think meaningfully about ‘failure’. Do we simply ignore performances when things go wrong, when what we expected to see is not there to be seen, or when blanks or blind spots disappoint us? 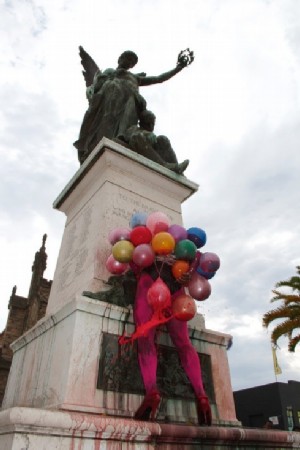 Below is an extract from Ruth Simbao’s paper on ‘blanks’ and ‘failures’ in the work of Athi-Patra Ruga and Anthea Moys, presented at the 2014 ACASA conference at the Brooklyn Museum of Fine Art:

“A small, paying audience climbed up the spiral staircase of the Observatory Museum during the festival expecting to receive, in exchange for a limited number of highly sought-after tickets, a privileged bird’s-eye view (through the 19th century camera obscura) of Ruga on the streets below. In Performance Obscura, Ruga was dressed up as the recurring character the Future White Woman of Azania (FWWOA) who was also present at the 2013 Venice Biennale, and recently performed in San Francisco for the exhibition Public Intimacy (2014). In name, this character alludes to the extolled but never fully realised home of the black consciousness movement. Although Subotzky was planning to photograph Ruga’s mediated image as it appeared on the camera obsucra screen or plate, he was unfortunately not able to be present, and his assistant was asked to take photographs for him. However, in the context of last minute changes, the operator of the camera obscura was unable to locate the Future White Woman of Azania on the streets, and so instead led the paying audience through the standard tour of Grahamstown via his optical device.

Meanwhile, defiantly parading the downtown streets of Grahamstown in her weighty attire of paint-filled balloons, the Future White Woman of Azania returned what she assumed to be the expectant gaze of the privileged audience by staring back at the tower through a pair of binoculars. However, she was unaware of the fact that the so-called advantaged, art-savvy group was already rendered blind by the slippage of the camera obscura operator’s hand.

In this site-specific, or rather site-situational work, Athi-Patra Ruga powerfully overturned the potentially furtive gaze of the camera obscura, which in the 19th century functioned as a ‘big-brother’ tool and was used, for example, to locate the local doctor walking down the street. While the word ‘furtive’ suggests a stolen, hidden or secret gaze, the White Woman of Azania pushed back at the potential gaze from the cloistered audience in the tower. Rather than being potentially ‘dissected under white eyes’ or ‘fixed’, as Frantz Fanon (1967:116) writes in Black Skin, White Masks, the unexpected situation allowed Ruga to rob the paying audience of a glimpse of this character’s spectacle. Instead, he performed lavishly for casual bystanders on the street who were given the privileged opportunity to capture his image on their cellphones; hear the squeak of paint-laden balloons rub against each other; feel the spurt of colorful liquid as Ruga violently popped balloons against a Boer War statue, and engage face-to-face with the intense emotion of this figure occupying their streets.

Ruga not only endured extreme pain due to the long walk in high-heels and due to the fact that the weighted balloons pulled at his throat and his limbs, but he also endured the exposure of his body in drag, rendering him vulnerable as he walked the streets. In this charged situation, the Woman of Azania was brought to tears when a man who circled her then looked her up and down and sincerely stated, “You’re the most beautiful thing I have seen today”.

In this site-situational performance, layers of expectations and layers of seeing become entangled. Each act of seeing was mingled with acts of not seeing (Elkins 1996:201). The paying audience expected to see the Future White Woman of Azania, but their anticipated version of the performance was ultimately obscured by the darkened chamber in the tower, and instead they received a rehearsed speech about Grahamstown arranged by Moses Lamani for the common visitor or tourist.

Writing for the Mahala online magazine, Sean O’Toole, explained how he roamed the streets desperately ‘Looking for Mr Viscous Delicious’ a.k.a Athi because he failed to purchase one of the limited tickets to enter the camera obscura tower. Never actually spotting the Woman of Azania, he lamented: ‘Finding a black man in stilettos and balloon dress ought to be a cinch…but it isn’t. Stop and go, hello and goodbye, have you seen a man in a balloon dress?… no I am not joking… well yes, of course, you haven’t. I cycle down New Street, past The Rat [pub], turn left into Allen Street’. Expecting to see Ruga in all the wrong places in the wrong part of town, O’Toole’s review hinges on the failure of seeing, highlighting the fact that neither paying art audience nor eager art critic actually saw Performance Obscura.

Conceived as a site-specific performance, what constituted the site in this situation? Was it the darkened chamber within which the performance might have been viewed if all had gone according to plan? Was it the streets the Future White Woman walked along; the imaginary site ignited by the art critic’s road-by-road description of his search for the ‘right’ site; or the sites documented in my photographs that I show you here? If, as Miwon Kwon (2002: 26) suggests, location and institutional frame are ‘subordinate to a discursively determined site that is delineated as a field of knowledge, intellectual exchange, or cultural debate’ and if this specific situation exploded initial ideas of who was supposed to see what and where, then I suggest that while the site could be all of the above, it was, in a sense located in the very failure of the full ‘there-ness’ or ‘present-ness’ of place. This failure of a secure notion of presence can be linked to the inevitable failure of seeing, suggesting that just as all seeing is dependent on not-seeing, that is, dependent on blindness, the presence of place always depends on the not-there, on the blind spot, where ‘spot’ refers in this case to location too” (Simbao 2014).