Sorry there was an error sending your form.
Giving to RU
Rhodes>Arts of Africa >Exhibitions & Performances>SHUNGU MADANHA

My initial plan during the three months residency at Atelier Mondial in Basel, Switzerland, 1 November 2018 until 29 January 2019, was to explore my interest in consumerism and the presence of Zimbabwean food in Switzerland through the use of discarded food packaging. 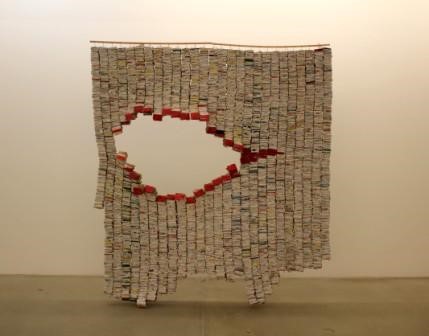 During my first month in Basel, I searched for African shops with the hope of finding ones selling food that I could relate to –food that was closer to home – but with no luck. Most of the African shops in Basel are owned by people from other parts of Africa, but not from the southern part of it. The first month passed and settling in became a bit of a challenge because everything seemed new to me: the weather was so cold, the transport system was very efficient and overwhelming, studios were spacious and the language was foreign. It was hard for me to buy things in shops because I could not understand the languages written on the packages. Registering this shift in my lifestyle, I started collecting my own ‘trash’ generated from what I consumed and used it in my work, as I have done in some of my previous art pieces. I became ignorant about written surfaces, even those that were printed in English, because in my mind I had recorded that every written word here was alien to me.

Shungu Madanha is a Shona phrase that translates to “wishful longing”. I longed for company, just a fellow country-mate to speak and laugh with in our native tongue; I longed for sunshine and I longed for a Zimbabwean staple food called sadza. During the Zimbabwe shutdown protest in early January 2019, which was triggered by the dramatic fuel price increase, the Zimbabwean government forcefully ordered a complete, countrywide, shutdown of the internet. The government suspected that social media was the most prominent platform used to spread and organize the Zimbabwe shutdown protest. WhatsApp and Facebook are the most affordable and easiest means of communication between people. For a week I could not get in touch with family back home, so I was longing to hear from them to know if they were in a good space, and also to get feedback on the new developments which were happening within the country. 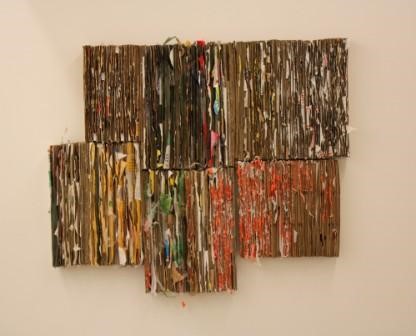 At face value, Shungu Madanha is a documentation of my three months’ residency, confronting and questioning changes in reality. These small encounters can be blown into many different personal and public perspectives.  What I ate and the environment I stayed within during this period result in the body that I exist in. My changed skin tone, my altered eating habits and distorted sleeping pattern are all a package of my conditioning throughout the residency program.  I grapple with the notion that change is sometimes tough to acknowledge because people have views on things and happenings that do not always match.

The exhibition had three artworks in total (Gomba, Anodiwa Bhuku Rezviitiko and Kuseri Kwekuseri). I titled all of them in Shona as a way of taking further the conversations and encounters I had in shops. I did not know the languages that were written on the packages, so it was a deliberate move not to translate the titles in order that the audience would at least have a sense of what I went through every time I wanted to buy things.

‘Gomba’ refers to a hole. The artwork is made from cardboard packages I collected from a company that distributes ready packed French fries. As much as I love to eat fries, they never satisfied me enough to fill up that hole of missing sadza. In relation to the internet shutdown in Zimbabwe, the work comments about having a craving for something that might be replaced by the other thing, but still cannot live up to it and provide satisfaction.

‘Anodiwa Bhuku Rezviitiko’ translates to “Dear Diary”. For this work I used the packages of what I consumed during the three month period. I tore them into small pieces to stick between carefully cut slices of card boxes. In no particular order of dates, I created a visual diary, in the sense that one could easily observe what I had consumed during this period.

‘Kuseri kweKuseri’ literally translates as “back of the back”, a slang term used in Zimbabwe when people are expressing either the uneasiness or the congeniality of an environment or situation. In horrific spaces that we sometimes find ourselves in, we say “kuseri kwekuseri”to describe how bad the situation is; we use the same term to describe how pleasant a situation is. The work was commenting on the “wow” and the “flop” times I had in Basel.

Images from the opening night 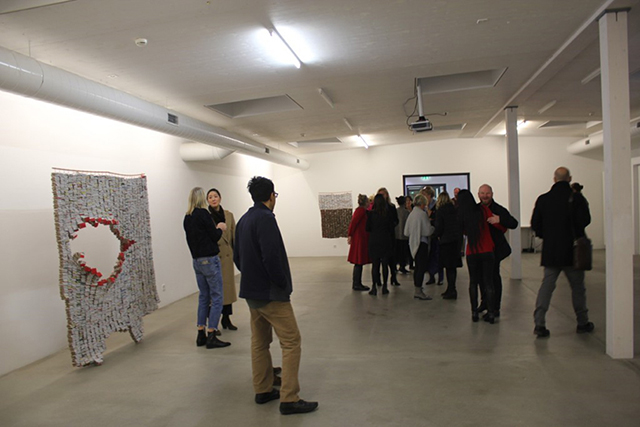 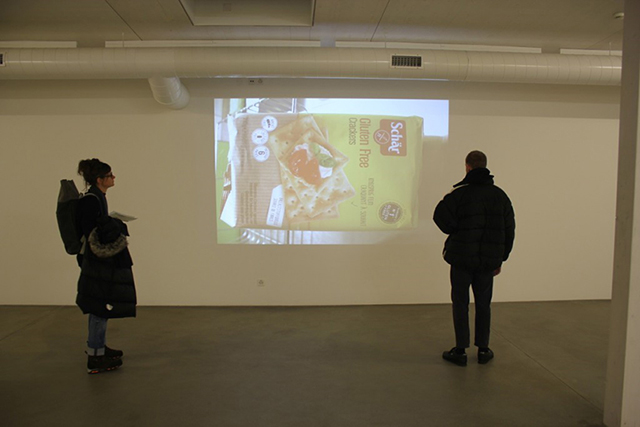 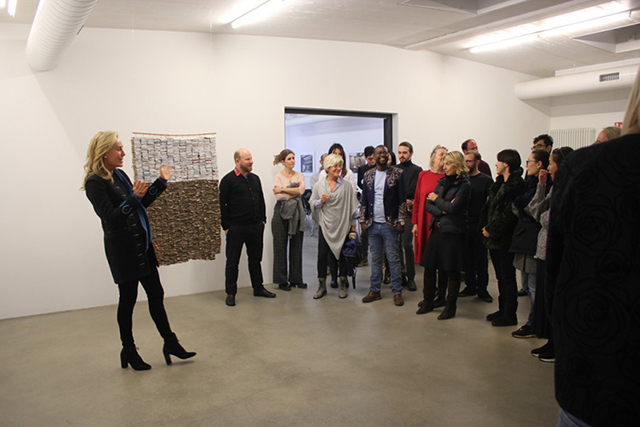 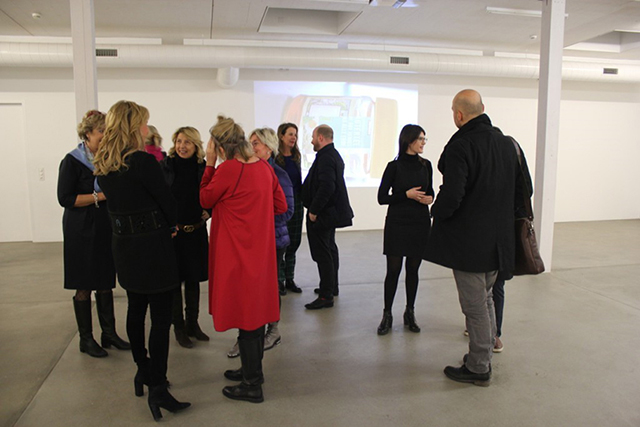 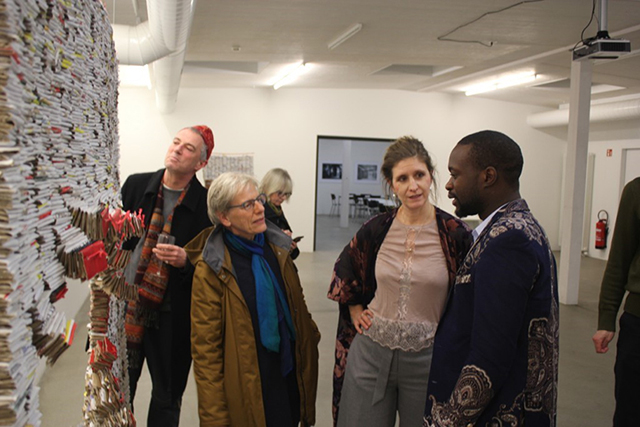