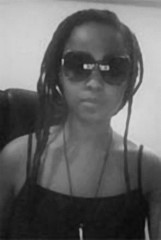 Nomusa Makhubu completed her PhD at Rhodes University in Art History and Visual Culture, focusing on Nollywood. As an artist she has exhibited in South Africa, France, Germany, Italy, Austria, Swaziland and Reunion Island after receiving the ABSA L'Atelier Gerard Sekoto Award in 2006 as well as the Rhodes Amnesty International Woman of the Year Award (Art). She was nominated as the presenting artist for the Business Day: Business and Art South Africa (BASA) Awards in 2008. Makhubu became an Abe Bailey fellow in 2008, which involved a travel bursary to the United Kingdom and aims to effect co-operation and understanding among those with various language and cultural backgrounds. Funded by the Würth Scholarship, her M.A. research focused on politics of identity and sexuality where she interrogated traditionalism and African-ness. She has presented research papers at local and international conferences examining visual politics in contemporary South African art. She completed a fellowship with the Omooba Yemisi Adedoyin Shyllon Art Foundation (OYASAF) in Lagos, Nigeria. This fellowship enabled her to establish a network that is necessary for her current research on Art, Film and Popular Culture in West Africa. Makhubu lectured in Art History and Visual Culture at Rhodes University in South Africa. Her courses/modules included Cultural Property, War Photography, Photography: Theory and Criticism, Clothing and the Body, Advertising and Digital Art Theory. She currently lectures at UCT. Her MA and PhD supervisor was Prof Ruth Simbao.