Sorry there was an error sending your form.
Giving to RU
Rhodes>Arts of Africa >People>Masters Researchers>Fadzai Veronica Muchemwa 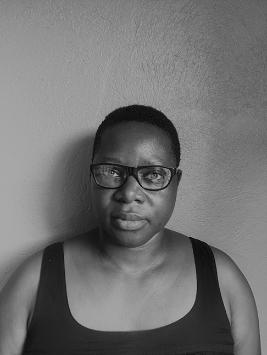 Fadzai Veronica Muchemwa is a researcher, writer and emerging curator working in Harare. She is currently the Curator for Education and Public Programming at the National Gallery of Zimbabwe in Harare. She has worked on various projects for example Basket Case II, the Mawonero/Umbono publication, the Zimbabwe Pavilion at the 56th Venice Biennale in 2015, Art Africa Magazine, the Arts Africa Journal and on the migration exhibition Kabbo ka Muwala/The Girl’s Basket. She has co-curated Culture in Communities, and Jazzified: Expressions of Protest and Moulding a Nation: The History of the Ceramics Collection of the National Gallery of Zimbabwe with Lilian Chaonwa, and Dis(colour)ed Margins with Tandazani Dhlakama. She curated The Unseen: Creatures of Myth and Legend an exhibition of artworks by Isaac Kalambata at the Lusaka National Museum in July 2017.

She is a collaborator for Independent Curators International and Zimbabwe Pavilion at the International Art Exhibition in Venice. She was in 2016 part of the Arts and Culture: Writers in Africa Network (ACWA) workshop at Rhodes University and took part in writing the dialogue Reaching Sideways, Writing Our Ways: The Orientation of the Arts of Africa Discourse in African Arts Vol.50, No.2 Summer 2017 with Ruth Simbao and 14 other writers.

Fadzai took part in the International Training Programme at the British Museum. During her time on the International Training Programme in 2017, Fadzai was based in the Department of Africa, Oceania and the Americas and her partner placement was spent at Glasgow Museums. Fadzai worked with fellow Chithra Kallur (Head Archivist, Museum of Art and Photography, Bangalore) on her Room 3 project, entitled Spirits of the Wild: Exploring the World of Animal Worship. In December 2017 Fadzai returned to the British Museum to attend the ITP+ Course, Photography & Documentation with fellows from China, Egypt, Ghana, Malaysia, South Africa, Sudan, and Tanzania and different ITP years.  In March 2019 Fadzai was a facilitator and participant on the ITP+ Workshop Museums and Education in Mumbai India. Fadzai was visiting curator at Bag Factory Artist Studios in Johannesburg from 2 September to 30 November 2019. As part of the residency, she worked on the publication Curating Johannesburg: rest.less, under siege/in transition.

Fadzai is interested in the history and memory of African storytelling, gender and sexuality in visual art, conceptual art, performance, new communities of protest and transgression, histories of cities, topographies of knowledge production and sites of transition.  Fadzai is also interested in the diaspora and how it shapes the social fabric of the continent as well as how the global North has influenced trends in Africa.