Sorry there was an error sending your form.
Giving to RU
Rhodes>Arts of Africa >People>Research Associates>Dr Amanda Tumusiime 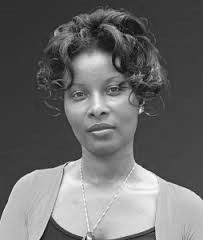 She obtained a bachelor’s degree in Industrial and Fine Arts (BIFA) and an MA (Fine Art) from Makerere University, an MA (Arts) from the University of the Witwatersrand, Johannesburg, in the Department of Art History, and a Doctor of Literature and Philosophy (DLitt et Phil) in history of art at the University of South Africa. She is a Presidential Fellow of the African Studies Association, a Fulbright Scholar, a Fellow of the American Council of Learned Societies and a Fellow of the Carnegie Next Generation of African Academics.

Her research interests cut across feminism, art history activism and art practice. This multi-disciplinary focus enables her to examine the way in which patriarchal perceptions influence the images through which young girls, grass-roots women, the deaf and the elderly are ‘othered’ in cultural discourses expressed through the medium of art and other forms of culture. Tumusiime advocates the inclusion of these marginalised vulnerable groups. Through her art practice she has put up seven solo art exhibitions, has participated in over 30 group shows and has published in African Arts Journal, Start Journal CPAN and in Humanities Review Journal of Delta State University, Abraka, Nigeria.

Tumusiime has received numerous collaborative awards and grants from various sources, e.g. from the African Studies Association as an ASA Presidential Fellow hosted at Princeton University, as a Fulbright African Research Scholar at University of North Carolina Chapel Hill, as a Fellow of the Carnegie Next Generation of African Academics (NGAA II) at Makerere University and as a Fellow of the American Council for Learned Societies – African Humanities Program (AHP), Carnegie Corporation of New York, hosted at Rhodes University.

She has received grants such as a SIDA-SAREC grant from the Swedish International Development Cooperation Agency (SIDA) and the Swedish Agency for Research Cooperation with Developing Countries (SAREC), under the Makerere University Staff Development Fund, and twice received a postgraduate merit award from the University of the Witwatersrand. She has also received a prize from University Association of Women Makerere as the best female art student at undergraduate level as well as an award from the International Red Crescent Movement Expo’92 in Seville, Spain and a MAK-SIDA Research Training Programme award.

In recent years Tumusiime has founded the following research initiatives, projects and networks: Rethinking Art in Deaf Culture (2016 to the present) Visions and Revisions: Rewriting Histories of Phenomenal Women in Kigezi (2017), Re-Engaging Grass-roots Women into Contemporary Global Economies for Empowerment (2015 to the present), Self-Realisation through Rewriting their History (2015 to present), Using Art to Fundraise for Girls’ Education; Laying strategies for keeping girls in school (2016 to present). Unveiling Ageist Stereotypes: Of Elderly and Aging as Ferocious, Dangerous, Weird and Pervasive: Reclaiming their Subjectivity (2017). She has done this in an era where the young generation is making propaganda through art and other forms of culture that the old should be secluded, excluded and marginalised. Tumusiime is interested in interrogating these contemporary stereotypical representations about the elderly and old age, hence reclaiming their subjectivity.