Sorry there was an error sending your form.
Giving to RU
Rhodes>Arts of Africa >People>Visitors>Portia Malatjie 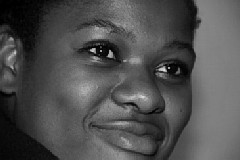 Portia Malatjie lectured in Art History and Visual Culture at Rhodes University in 2012 and 2013 and actively engaged with the Visual and Performing Arts of Africa reading group, the Lucid Lunchbox and other events.  She recently worked as a curator at Brundyn+ Cape Town, and was previously the guest curator for the 2012 MTN New Contemporaries Art Award. Malatjie obtained her Masters degree in History of Art at the University of the Witwatersrand in 2011, and she completed her Fine Arts degree at the same institution in 2008. She was an assistant at the African Remix exhibition (2007), and Head of Assistants at the Johannesburg Art Fair (2007).

Malatjie has acted as administrator and researcher at the David Koloane workshop (2008) and the Helen Sebidi workshop (2010). She currently pursues a career as a curator, an art historian and researcher. Her art historical participation includes presenting papers at the David Koloane Symposium (2008), the South African Visual Art Historian conference (2009), the Eskia Mphahlele Colloquium (2009), and the Helen Sebidi Workshop (2010). Malatjie was assistant curator on the Narratives in Colour: Vincent Baloyi Exhibition and Visual Intimacy, an exhibition of works by Zanele Muholi and Nandipha Mntambo. She was curatorial researcher on the SPace: Currencies in Contemporary African Art exhibition (2010). Her first show as chief curator was Blissful Disturbance, an exhibition of works by Wits Fine Arts Masters students at the Michaelis Galleries in Cape Town, followed by CityTales and CountryScapes, a solo exhibition of Nelson Makamo's work, which showed at Museum Africa in May 2011.