Sorry there was an error sending your form.
Giving to RU
Rhodes>Arts of Africa >People>Visitors>Thenjiwe Nkosi 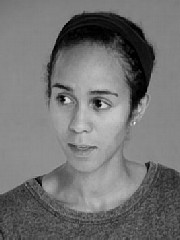 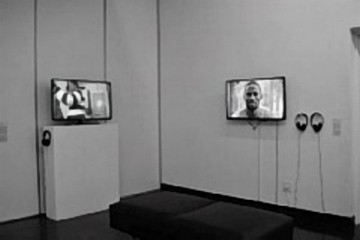 Thenjiwe Nkosi presented her work to the Fine Art Department at Rhodes University in October 2012. She was born in New York, and grew up in Harare and Johannesburg. Nkosi is a painter and video artist/filmmaker who divides her time between studio work and the field of collaborative practice. She received her MFA from New York’s School of Visual Arts and was an artist in residence at the Bag Factory Artists' Studios in Johannesburg. Her recent projects have been collaborations with artists in the Zimbabwe/South Africa border region, where she has followed her interest in art as social practice. In 2011 her work appeared in several exhibitions, including VANSA's 2010 Reasons to Live in a Small Town at Goethe on Main in Johannesburg and at the Museum of Contemporary Art, Rio De Janiero in the show (Re)constructions: Contemporary Art in South Africa. In 2012 and 2013 Nkosi exhibited the film ‘Border Farm’ (2011) in the exhibition Making Way curated by Ruth Simbao at the National Arts Festival and the Standard Bank Gallery (right).