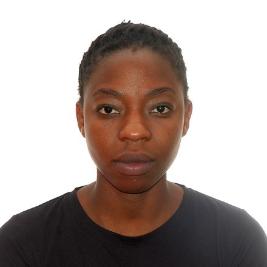 Title of Research: The determinants of Chinese Outward Foreign Direct Investments to Cameroon

Quintabella Andangnui, was born on the 14th of August 1990 in Nkwen, Cameroon. She attended her primary school education in Government practising school Nkwen, where she obtained her common entrance examining with flying colours as the 3rd best student in the country. She went on to obtained her ordinary level certificate from Baptist High School Mankon, where she obtained 11 papers. She also attended Our Lady of Lourdes College where she obtained her Advance level certificate and came out the top arts student of the class in 2007. She was also awarded two medals for her outstanding performance in Economics and Geography during that same year. In 2007 she enrolled at the University of Buea, where she graduated with a second class degree in Banking and finance. Upon graduation in 2011, she volunteered as a finance officer at a Non-Governmental Organisation (Big step) which sought to fight against poverty. In 2012, she decided to work in the family business as the finance officer, a position she did not hold for a long period. Finally, in 2013, she landed a job as a customer service officer at Ecobank Cameroon, Bamenda branch. Driven by her desire for continuous development, she decided to further studies abroad. She got acceptance at the university of Fort Hare in 2015 to study Post Graduate certificate in Education, in the course of her studies, due to her outstanding performance, she was selected to work with the Eastern Cape department of Education as an Economics tutor for some matric students from the region. By the end of 2015, she completed her course with flying colours once again. The following year she got acceptance into Rhodes University to study a Bcom (hons) in financial management, where she graduated in 2016.