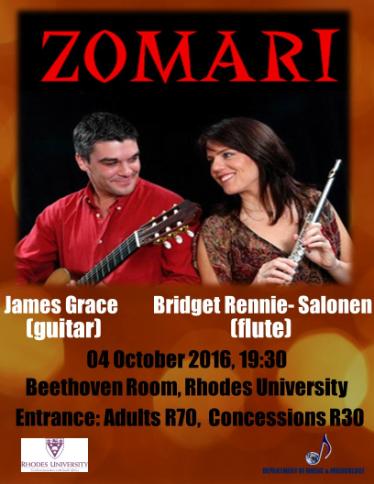 The duo was formed in 2004, and since then has performed to great acclaim at venues such as The Baxter Concert Hall, La Motte, Nederburg, The Darling Music Experience, Durban Music Society and many others. They play a wide range of music from composers such as Bach, Telemann, Vivaldi, Giuliani, Faure and Debussy through to contemporary works by Piazzolla, Machado, Takemitsu and Hofmeyr, as well as music with a Latin and Jazz flavor.