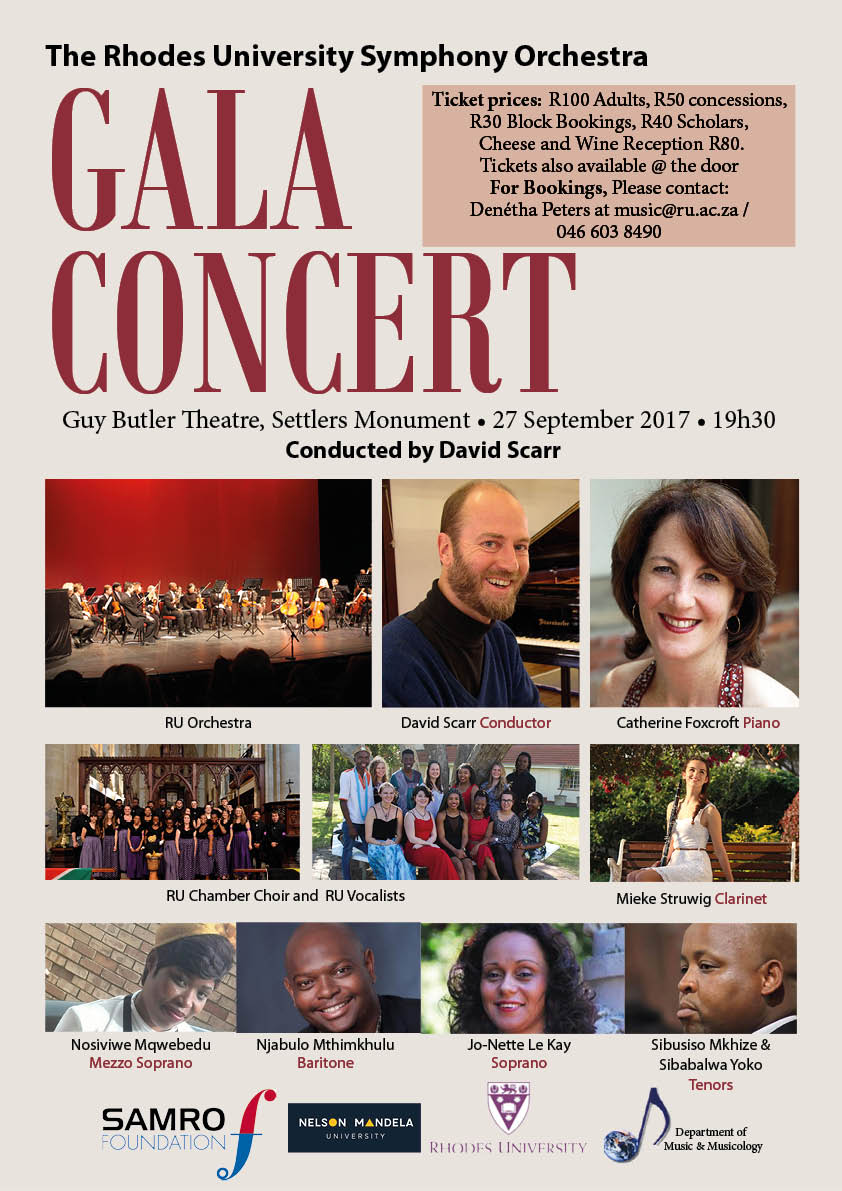 On 27 September 2017, the Rhodes University Symphony Orchestra, conducted by David Scarr will perform in the Guy Butler Theatre, Settlers Monument at 19:30.  The performance showcases the Rhodes University Symphony Orchestra in collaboration with the NMMU orchestra, top young musicians from local schools St. Andrew's College and Kingswood College, as well as members of the ECPO and local musicians.

Sponsored by SAMRO, the programme features City Slickers originally composed in 2002 by South African composer Grant McLachlan for a TV documentary depicting the lives of penguins and their greatest hazard, oil.

A candle-lit cheese and wine reception follows the concert in the foyer.

Pre-bookings are available at the Rhodes Music Department from Denétha Peters (d.peters@ru.ac.za). Tickets will also be on sale at the door.