FSSA is an academic journal, the only accredited journal for French studies in Africa. it is intended to provide a forum for the discussion of questions pertaining to the French language, literature, and linguistics of France and francophone countries, as well as the teaching of French as a foreign language. Asked about his new duty, Prof Mwepu said: “I see it as a challenge that could be interesting. Promoting French language across various disciplines, with papers submitted by scholars from all over the world, should not be seen as an easy task. This challenge however, is nothing compared to the passion we have for the language.”  Prof Mwepu replaces Prof Jacob Willem Alant from the School of Arts, University of KwaZulu-Natal. 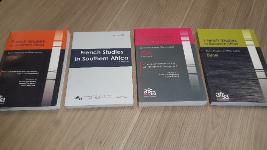 The AFSSA biannual summit was held this year in Harare, Zimbabwe. Africa University jointly with the University of Zimbabwe hosted the event under the theme of “Naufrage et Naufragé”.

Rhodes University was represented by Prof Mwepu, Head of the School of Languages & Literatures, and Ms Tsitsi Sachikonye, a PhD student in French Studies.

The paper was aimed at demonstrating how the literary imagination can merge into one single act what could have been expressed separately. The dream, as it happens during a deep sleep, and the dream, as an “ideal” projection of oneself into the future, could be read, in some French writings, as an indivisible whole. Through images, the unreal, or the subconscious in this case, would seem to confuse with the reality, leaving to readers the task of interpreting the intent of the author. Prof Mwepu’s paper demonstrated how, in the novel Retour de manivelle by Julien Kilanga Musinde, the refusal to cross a river could amount to a return to consciousness and life. Thus, the refusal to join the other constrains the ego, figuratively speaking, to remain personal, and to return to one’s own self-consciousness, for a mission that seems to be personal, or even shared. 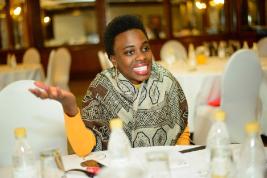 The first text that she examined was “La rivière Rukarara” written by Scholastique Mukasonga, an award-winning writer from Rwanda. La Rivière Rukarara is a short story found in the collection Ce que murmurent les collines published in 2014 by Gallimard. Thereafter, Sachikonye studied the novel Victoire, les saveurs et les mots published in 2006 by Mercure de France. This novel was written by Maryse Condé, a prolific writer from Guadeloupe.

Ms Sachikonye presented a very detailed and insightful paper. She is currently a PhD candidate at Rhodes University. Her field of research is French and Francophone Literature. The subject of her doctoral thesis is “Espace dans les romans de Calixthe Beyala et Maryse Condé.”

The next summit of the Association for French Studies in Southern Africa will be hosted by French Studies, School of Languages & Literatures at Rhodes University in September 2018. 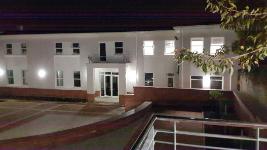