Senior Lecturer in Zoology and Entomology 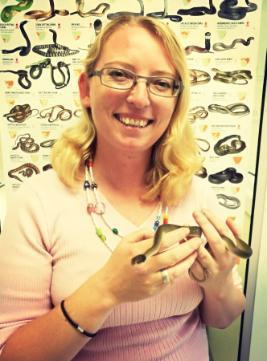 The amazing complexity of the natural world never ceases to amaze me, and I am truly privileged to be able to call myself an evolutionary biologist. After completing my undergraduate studies in Biodiversity and Ecology, I remained at the University of Stellenbosch to complete both my BSc (Hons) and MSc degrees in Zoology. It was during my position of research assistant at the South African National Biodiversity Institute (SANBI) in Cape Town in 2009 that I became interested in herpetofauna, and I completed my PhD work in 2013 at SANBI (though registered at Stellenbosch University). In 2015, I accepted the position of lecturer in the Department of Zoology and Entomology, Rhodes University.

In my research to date, I have been interested in how different species have adapted and evolved, and what the driving forces are for speciation events. In addition, I am interested in the seeming lack of congruence between genetic structure and morphological groupings in both small mammals, reptiles and amphibians in the southern African region. To explore these biological research questions, I have utilised a multidisciplinary approach to understanding the evolutionary processes in various vertebrate taxa (namely southern African mammals, reptiles and amphibians). I have used phylogenetic and phylogeographic techniques to determine genetic variation and relationships, morphometric techniques to investigate body shape, analyses to determine diets, and performance analyses to investigate the functional aspects of the various species.

For my doctoral work, I investigated the radiations of the southern African lacertid lizards from a genetic, morphological, functional and ecological viewpoint. These lizards have got to be the highlight of my career thus far, as they are quite simply fascinating. I realise that every biologist feels that their study species is top notch, but it is the fact that these lizards seem to be so adept at adapting to their environments that truly fascinates me.

My postdoctoral work and my current research builds on the techniques that I learned during my postgraduate years, and I have expanded the range of taxa that I work on, to include amphibians, snakes and arachnids. I will be furthering my research by including 3D geometric morphometrics and SEM analyses in my research. In the future, I hope to continue to work with African taxa, as I feel that the processes driving speciation of our fauna needs to be understood, in order for it to be protected. 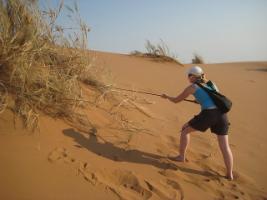 I am currently involved in the following research projects:

Bradley G, Edwards S, Mshiywa FM. (2019) Assessment of the use of a new genetic barcode marker for the identification of red algae (Rhodophyta) species found along the South African coastline. Journal of Applied Phycology. Submitted.