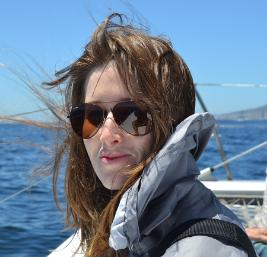 Pippa completed her Honours in Entomology at Rhodes University in 2014. She is currently working on Catorhintha schaffneri (the Pereskia stem-wilter), a biological control agent for the control of Pereskia aculeata (Cactaceae) in South Africa. Pereskia aculeata is a primitive cactus which originates from South America. This is the first time that C. schaffneri has been released as a control agent; therefore, Pippa’s work aims to develop release technologies and evaluate the success of the agent. She will assess the success of C. schaffneri populations under different climatic conditions by releasing the agent in the Western Cape, Eastern Cape and the northern and southern parts of Kwazulu-Natal and monitoring the abundance of the agent and level of damage to the plant. Pippa also intends to improve the release protocol of C. schaffneri by testing the number of insects which need to be released for it to establish. Pippa’s masters will improve the success of C. schaffneri and in doing so will reduce the impact of an environmentally damaging weed.