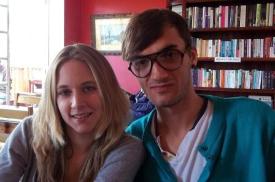 The pair had three days to prepare full written memorials for the competition proper, which served as a basis for their oral court submissions. With such a short turnaround time, the level of stress was, said the pair, authentically comparable to that experienced by lawyers preparing for a genuine case.

With the support and encouragement of their Law of Life Partnerships lecturer,  Ms Tammy Coutts, five Rhodes Law students drew up Heads of Argument, which Swart describes as being essentially a roadmap or outline of their reasoning,  and presented these to a panel of senior law students, who selected Von Wildenrath and Swart to represent Rhodes University in Pretoria.

The case they were contesting was that of a homosexual man trying to prevent the mother of his long-estranged daughter from leaving to live in a country where homosexuality was criminalised and homosexuals prohibited from entering.

Von Wildenrath and Swart found themselves arguing on behalf of the father, although they had prepared an argument from the other point of view in case they were called on to represent the mother.

They knocked out the University of the North West in the first round, and went head to head with TUKS in the final, beating them by a slim margin.

The moot court competition which allows Law students to take part in simulated court proceedings, gaining experience in a real-life setting, was initiated by the Centre for Child Law and the University of Pretoria.

Dr Anne Skelton, the Director of the Centre for Child Law, is hoping the annual event will draw more lawyers to practice in the field of child law.

Dr Skelton often acts as a curator for children in court cases, a role which has been created to ensure that children’s best interests are protected, and also to ensure that their right to participate meaningfully in court proceedings is promoted.

Swart and Von Wildenrath described the experience of working alongside Dr Skelton for a day as “amazing”, and are full of praise for the new Childrens Act, which Swart describes as “transparent, effective and revolutionary”.

Von Wildenrath is studying Law and Economics and Swart Law and English.

The Faculty of Law has organised a kick-off seminar/workshop on the challenges and pitfalls in legal research for LLM and PhD students, which will be held on 23 February 2011. This endeavour is motivated by two reasons: First, is the acknowledgement that law students are not adequately served by similar workshops or seminars that are run on social science research templates. This is why the seminar/workshop will be tailored towards the particular needs of our post-graduate law students. The second reason is merely to induct new students into the learning and research environment at Rhodes and provide them with some tips on how to successfully manage their work.

The seminar/workshop will address issues pertaining to the preparation of LLM and PhD proposals; development of appropriate methodologies; use of case study and comparative approaches; understanding the role of a supervisor; plagiarism and acknowledgement of sources. Attendees will also be given the opportunity to present and debate the methodological problems they are confronted with while doing their own research.

The seminar/workshop will start with expository lectures in the morning and conclude with a Law Library tour and database training in the afternoon.

Universities can make a difference

What started as an LLB research paper at the Rhodes Faculty of Law has culminated in an R8.2 billion settlement agreement requiring the state to replace all mud structure schools and provide basic services in under resourced schools. In 2007, final year law student Cameron McConnachie undertook research entitled ‘Basic Education’ – A Right Awaiting Definition’. In this research, McConnachie questioned whether the right to basic education (as set out in section 29(1)(a) of the Constitution) included the right to adequate physical resources such as the provision of buildings, desks, textbooks, stationery, water and toilets. He further considered whether it would be possible for schools to make a successful application to court to ensure the progressive realisation of the these education rights. Finding in the affirmative on both points, McConnachie concluded that the state had failed to meet the standard required by the Constitution. 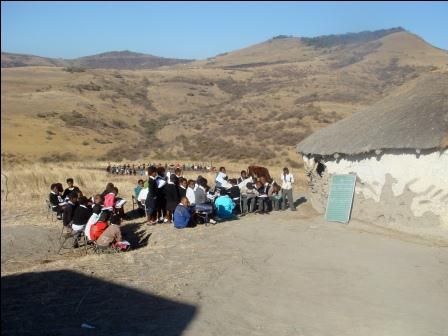 McConnachie, a school teacher before studying law at Rhodes University, joined the Legal Resources Centre (LRC) in Grahamstown in 2009. The LRC is a non-profit, public-interest law firm that focuses on “impact litigation”. At the LRC McConnachie sought to test his research conclusions. In a 2010 court order involving Amasango Special School, the LRC secured its first victory for an under resourced school. The lessons learned from this intervention were expanded when the LRC assisted seven rural communities in instituting legal proceedings against the state demanding improved infrastructure. This culminated in the R8.2 billion out of court settlement on the 4th Feb 2011 to assist similarly under resourced schools across the country. This is a massive victory for those who are most vulnerable in our society, and is testament to the fact that research in universities can make a real difference. In the words of a legal academic (Newman): ‘if social and economic rights are to mean anything to human lives, they cannot exist only at an abstract level.’