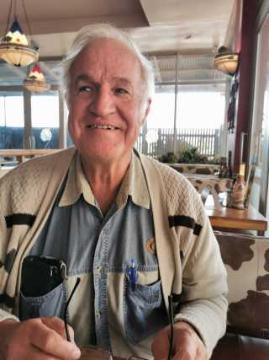 Dr. Harry Biggs started his professional life as a veterinarian, concentrating for a few years on equine breeding, utility and especially racetrack medicine. He married and relocated, soon working as a (mainly field) parasitologist from the government veterinary laboratory in Windhoek. Because of an interest in epidemiology, he completed the Diploma in Datametrics, and quickly also acted as statistics/computer advisor to agricultural, ecological, marine, freshwater and veterinary scientists in a large government department covering these fields.  He rose to Deputy-Director, emphasising particularly epidemiology, and extension (particularly contact with farmers and the public). He automated the disease reporting system of state veterinarians and animal health officers effectively, a system which was robust and useful enough to serve as an evolving basis for some years after his departure. In a transitioning semi-independent Namibia he took part actively in several veterinary association and council matters.

In 1991 he moved to Skukuza in South Africa as a biometrist and science computer support officer for SANParks. Within a year he was serving for a segment of his time in the Kruger National Park Rivers Research Programme, leading their Information Systems module, thereby starting a lifelong more specific interest in freshwater aquatic biodiversity conservation. Within SANParks he later became a Programme Manager and then a Programme Integrator for Systems Ecology, which included freshwater systems and their linkages, as well as fire, vegetation, invasion biology, climate and subsequently also socio-economic research. He later became Program Integrator “without portfolio”.