The Department is pleased to announce a new high-profile publication by Rob Gess, our Research & Teaching Associate from the Albany Museum. Rob Gess researches the evolution of the Devonian shallow water and terrestrial fauna and has published extensively on the topic. His recent paper in the prestigious journal Science highlights the evolution of tetrapods which according to the traditional interpretations developed only in tropical or subtropical climate zones. Rob Gess and his co-author Per Eric Ahlberg demonstrate that such species also lived in cold climates within the Devonian Antarctic Circle and therefore could equally conceivably have developed there, featuring fossil discoveries from Waterloo Farm, at our doorstep in the Eastern Cape. 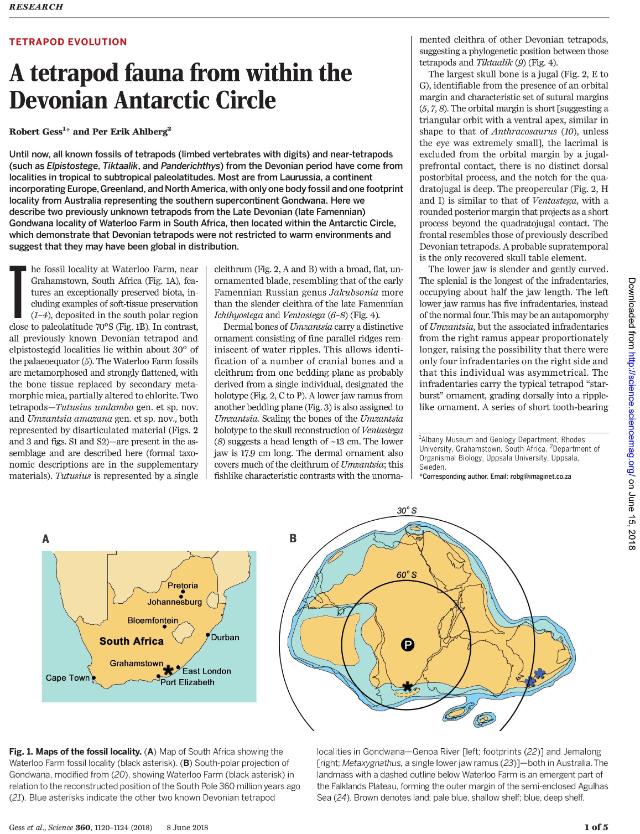