The Board of the ISER is a management committee whose purpose is to provide leadership, direction and advice to the ISER team on issues such as research and teaching focus areas, financial and operational matters, sustainability and the growth of the institute. The board provides guidance on the ISER research focus areas, approves governance related decisions, and provides oversight on the operational and financial management of the ISER resources. The appointed members will have a three year term at the ISER. 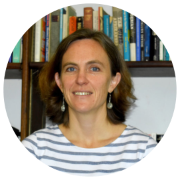 Associate Professor and Head of Department: Political and International Studies

Sally Matthews is an Associate Professor in the Department of Political and International Studies at Rhodes University where she teaches African Studies and Comparative Politics. Her research interests are in development (particularly post-development theory), the politics of NGO work, service-learning and community engagement, higher education transformation and decolonisation, and race and privilege. These seemingly eclectic research interests are loosely held together by a general preoccupation with the question of whether and how the relatively privileged can contribute to struggles for social justice. 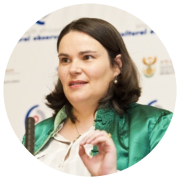 
Jen Snowball is a professor of Economics at Rhodes University, South Africa. She is also the Chief Research Strategist at the South African Cultural Observatory (SACO). Her research interests are focused mainly in the fields of cultural economics and environmental economics. The mandate of SACO is to provide up-to-date, policy and industry relevant data on the cultural and creative industries in South Africa. With Prof Gavin Fraser, Jen also co-ordinates the Environmental and Natural Resource Economics Focus Group (ENREFA) which includes water footprint studies, environmental sustainability and local economic development. 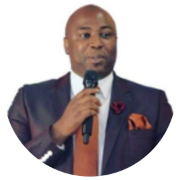 Founder of Youth Unplugged
CEO of the Pillar 5 Group

Henry ‘Cole’ Davids is a seasoned entrepreneur, speaker and life coach. He is also a Consultant to the private sector, civil-society organisations and government departments on entrepreneurship, development and mentorship.

He holds a B.Com degree in Information Systems and is currently pursuing a Degree in Social Psychology whilst completing a Bachelor in Education.

Cole is the founder of Youth Unplugged and Co-Founder and CEO of the Pillar 5 Group which offers scholarships to aspiring entrepreneurs.  He is the National Project Manager for Tehillah Community Collaborative and serves on the boards of a variety of private sector concerns, including Yalda South Africa, Tehillah Community Collaborative, PJ Safeguard Secure and the Growthsure Group.

He is the founder of the Beyond Now Mentorship Programme which mentors youth entities from 20 different countries whilst being an African Change Maker Mentor covering around 20000 youth all over Africa.  Cole is a proud Young African Leadership Initiative (YALI) Fellow. 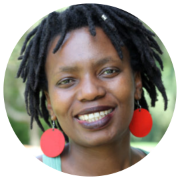 Naledi Nomalanga Mkhize is an historian and community development practitioner. She holds an MA in History from Rhodes University and a PhD in Sociology from The University of Cape Town.

Prof Mkhize is a history professor at Nelson Mandela University as well as holding the Sam Moyo Postdoctoral Fellowship at Rhodes University. Her current research interest is in Eastern Cape historiography and she takes a particular interest in the historiography of 19th century Xhosa writers.

Whilst pursuing her academic career, Prof Mkhize has also participated in education activism and other civil society initiatives in the Eastern Cape. She is a strong advocate for early mother-tongue reading and has collaborated in developing books and materials in African languages for children. 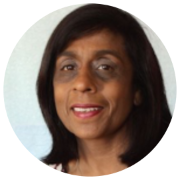 Dr Vijay Reddy is currently a Distinguished Research Specialist in the Inclusive Economic Development (IED) research division at the Human Sciences Research Council (HSRC). Dr Reddy assumed this position after serving as the Executive Director for 12 years (2006 to 2018).

Before joining the HSRC, Dr Reddy worked as a high school science and mathematics teacher, in non-governmental organisations involved in science teacher development. She taught chemistry at Universities of Cape Town and KwaZuluNatal. Subsequently she joined the Faculty of Education at UKZN and was responsible for the graduate education programme. She has undertaken research projects for the National Research Foundation (NRF); the United Nations Educational, Scientific and Cultural Organization (UNESCO), British Council, Department of Science and Technology (DST), National Advisory Commission on Innovation.

Dr Reddy has published a number of journal articles, book chapters, peer reviewed monographs and research reports. She has presented at many local and international conference, including presenting a number of keynote addresses.

The three major thrusts of her research are large scale achievement studies, skills planning and public understanding of science. She co-ordinated the South African component of the Trends in International Mathematics and Science Study in 2003, 2011, 2015 and 2019. Her recent publication, entitled Making Global Research Locally Meaningful, best reflects her stance related to international achievement studies. She led the multi-year Labour Market Intelligence Partnership Project to support Department of Higher Education and Training to establish the Skills Planning Mechanism for Post School Education and Training. She was the lead author of the Skills Supply and Demand Report as well as the technical report to estimate Occupations in High Demand. The analytical approach used represents a radical departure from manpower forecasting and tries to understand the complexities and intricacies around how supply and demand interact in the South African society and economy and then draw implications for reform. 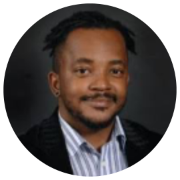 Uthando Baduza has  served on various regional, provincial and national bodies in the areas of arts, culture, heritage, publishing, vocational and higher education.

After graduating with a Bachelor of Arts (Political Studies) from the University of the Western Cape, Uthando worked at the District Six Museum in exhibitions. This led him to pursue a Post-Graduate Diploma in Heritage and Museum Studies through the Universities of Cape Town and Western Cape with the Robben Island Museum. He then joined the HSRC, firstly as a researcher in Arts and Culture, then as a commissioning editor at the HSRC Press. He also holds an MA in Public and Visual History (cum laude) at UWC, and is now pursuing a PhD in Arts Education at Nelson Mandela Metropolitan University.

Uthando has been a correspondent for The Archival Platform (www.archivalplatform.org), and a research fellow at the National Department of Higher Education and Training (Policy and Development Support) in Pretoria. He was the FET Researcher managing the Vocational Education Programme at the Centre for Integrated Post-School Education and Training at Nelson Mandela Metropolitan University. 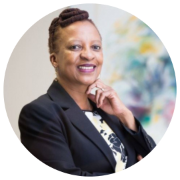 Dr Renosi Mokate is a highly experienced economist and policy analyst of international repute, specialising in development economics and finance. Dr. Mokate gained her academic qualifications in the United States of America, where she was based during her early academic career. She holds a PhD and MA from the University of Delaware, Newark, Delaware and a BA from Lincoln University, Pennsylvania.

Dr. Mokate returned to South Africa in the early 1990s, serving in the multi-party negotiations process and as Chief Executive of the Independent Electoral Commission in the run-up to South Africa’s first democratic election in 1994. She became a key adviser on macro-economic and fiscal policy to the Government, and later Chief Executive of the Central Energy Fund. She was Deputy Governor of the South African Reserve Bank between 2005 and 2010, and a key member of the Monetary Policy Committee and the G20 Group of Nations Central Bank Forum. She then become an Executive Director of the World Bank Group, based in New York, where she represented the interests of Angola, Nigeria, and South Africa at Board level.

Dr Mokate has also held a number of positions in the public sector and academia, including that of Chairperson and CEO of the Financial and Fiscal Commission; CEO of the Central Energy Fund; Executive Director: Group Economic and Social Analysis, Human Sciences Research Council (HSRC); Director and Professor: Centre for Reconstruction and Development, University of Pretoria; Senior Policy Analyst, Development Bank of Southern Africa and Associate Professor of Economics at Lincoln University, Pennsylvania, USA; and Executive Director of the Unisa Graduate School of Business Leadership (SBL). 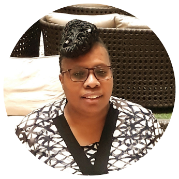 Rethabile Mawela holds a PhD in Education: English Language Teaching and she is the Alan Macintosh Research Fellow in the Institute for the Study of the Englishes in Africa (ISEA) at Rhodes University. She teaches B.ED English Language Teaching (in-service), B.ED honors and supervises MED candidates. Transforming seasoned teachers into effective and efficient teachers of English is the foundation of everything she does professionally. Her research interests center around the pedagogy of reading as well as reading for pleasure in disadvantaged communities.