Former Chairperson of the African Union 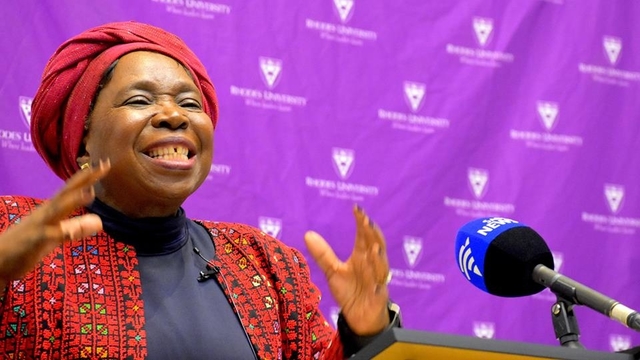 Nkosazana Clarice Dlamini-Zuma was born 27 January 1949 in Natal. She completed high school at the Amanzimtoti Training College in 1967. Following her matriculation, she went to the University College of Zululand. She attained her Bachelor’s Degree in Zoology and Botany in 1971, the year after it was recognised as the University of Zululand. She then registered for a degree in medicine at the Black Section of the Medical School at the University of Natal. She was a prominent member of the South African Students’ Organisation. She was elected as SASO Vice-President in 1976.  When she escaped into exile in September 1976, Dlamini-Zuma was the only member of the SASO Executive not in detention. She was in her fifth year of medical school, with one year left to qualify as a doctor. Going into exile, she completed her studies at the University of Bristol in 1978, attaining a Bachelor of Medicine and a Bachelor of Surgery, while serving as the Chairperson of the ANC Youth Section in Britain between 1977 and 1978.

Dlamini-Zuma was one of the first exiles to return to South Africa after 14 years of exile. In 1991 she took a job as a research scientist with the Medical Research Council in Durban where she had grown up, while serving as a member of the ANC Southern Natal Provincial Executive Committee, the ANC Women’s League, ANC Health Committee and ANC Campaigns Committee. She was appointed Minister of Health under former President Nelson Mandela in 1994, one of only two female Cabinet ministers. She served in this position until 1999 when she was appointed foreign minister under the presidency of Thabo Mbeki. From 2009 to 2012, Dlamini-Zuma served as South Africa's Minister of Home Affairs after which she was elected to serve as the African Union's (AU) Chairperson from 2012 to 2017.