Invasive plants in a changing climate

Climate change and elevated CO2 (eCO2) has a marked effect on invasive species. eCO2 promotes growth, in absence of other limitations, and alters the nutritional values of leaves and other plant organs. Faster growth has the potential to offset the damage and biomass removal by herbivores, while decreased palatability can deter herbivores and even reduce herbivore fitness. As many biocontrol agents used in southern Africa are herbivores, climate change and eCO2 has the potential of effect their efficacy at controlling alien invasive plants.

Our work has explored this phenomenon on various aquatic weed systems. Water hyacinth or Pontederia crassipes is one of the world’s most invasive aquatic weeds. Two agents Cornops aquaticum and Megamelus scutellaris, each from very different feeding guilds, have good potential for controlling this weed. This study investigated their performance under current and future conditions, confirming that sap-feeding insects such as M. scutellaris will likely be better biocontrol agents through their ability to cause mechanistic damage to the plant instead of the surface level leaf removal exhibited by chewing insects.

Research on invasive water weeds at the RUECF has been conducted by researchers from the Centre for Biological Control (https://www.ru.ac.za/centreforbiologicalcontrol). 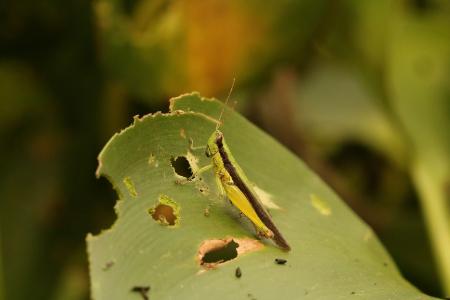 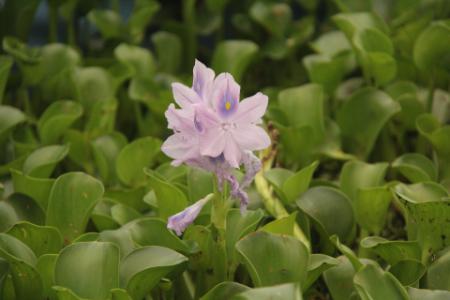 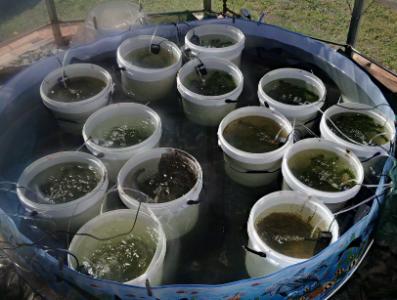 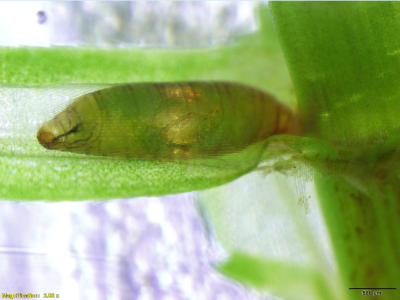 Egeria densa Planchon (Hydrocharitaceae) is a submerged aquatic weed that has become problematic in South Africa. We wanted to evaluate the performance of its biological control agent, a leaf-mining fly, Hydrellia egeriae Rodrigues (Diptera: Ephydridae) when fed with plants grown under elevated CO2 levels. Primarily, E. densa was planted at low and high densities, to imitate different levels of invasion and grown at 400ppm, 600ppm and 800ppm levels. This enabled us to predict if E. densa nutritional quality would differ between invasion densities under climate change conditions . Secondly, the performance of the biological control agent was evaluated over five generations using plants grown only at high densities.

Invasion and control of various water weeds at elevated CO2 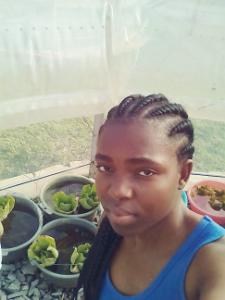 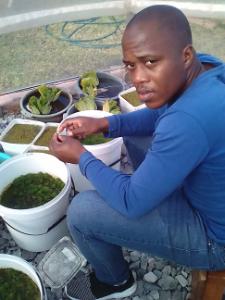 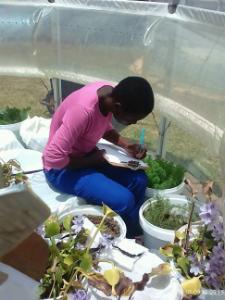