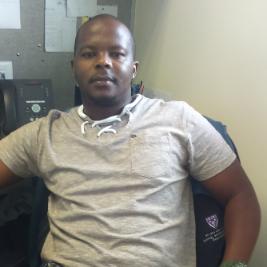 Samuel Motitsoe is an Entomology Lecturer under the New Generation of Academics Programme – nGAP (Department of Higher Education Initiative) and a PhD Candidate at the Centre for Biological Control (CBC), Department of Zoology and Entomology, Rhodes University. Samuel is an entomologist by training and he has done most of his research on freshwater ecology, using aquatic insects and other aquatic organisms as biological indicators for freshwater water health and habitat quality. Samuel’s main focus is on freshwater threats such as pollution (urban & industrial), invasive riparian and aquatic weeds and their impacts on freshwater conservation (water quality & quantity) and biological diversity. Samuel has also interest in restoration and mitigation studies post disturbance. Some of his recent research and collaboration is with Albany Museum, Grahamstown on temporary wetlands of the Afromontane (Maluti-Drakensberg Mountain), looking at aquatic invertebrates diversity patterns found on these high altitude temporary habitats. Samuel has over 5 years’ experience in the field, supervised entomology; third year, honours and Master projects, served as a the River Health - South African Scoring System Practitioner for 3 years (2015 - 2017), involved in citizen science programmes like the mini-stream assessments (MiniSASS), which promotes environmental stewardship amongst high school learners and communities on the importance of water and water quality.