Sorry there was an error sending your form.
Giving to RU
Rhodes>Classics>Staff 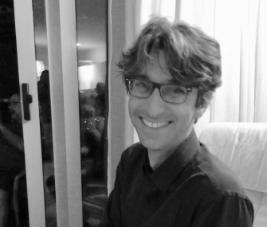 Daniel Malamis
Lecturer, Head of Classical Studies
BA (Hons), MA
Daniel Malamis was born in the UK and educated there and in Zimbabwe. He completed his
undergraduate degree at Rhodes and, after several years in the UK, Greece and South
Korea, returned to Rhodes as a lecturer in 2008. His research interests include Homeric epic,
Greek lyric poets, Greek religion and religious poetry and ancient magic, with a current
focus on the poetry of ancient mystery cults and the Orphic Hymns in particular.
Office: Room 17, School of Languages and Literatures (first floor)
Email: d.malamis@ru.ac.za

David van Schoor
Senior Lecturer
BA (Hons), MA, PhD (Zurich)
David van Schoor teaches and writes about Greek drama and Roman poetry. He researches
interprets ancient works in the light of contemporary philosophy, with a special focus on
ideas of agency and personhood in Greek theatre. He is a translator of German, French,
Latin and Greek into English. He is interested in the political meaning of classics in Africa, as
a tradition of interpretation and curation implicated with colonialism but also offering
unique ways out of colonialist schemes of thought. Il aime cultiver son jardin.
Office: Room 18, School of Languages and Literatures (first floor)
Email: d.vanschoor@ru.ac.za