The Centre for Social Development (CSD) a self-funded institute of the University. Our area of expertise is Early Childhood and Community Development. We have been serving indigent communities in the Grahamstown area since 1981.

Our Statement of Purpose 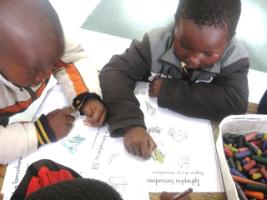 The CSD envisions vibrant communities that take responsibility for the early childhood developmental needs of their children, as a foundation for achieving human potential.
The CSD facilitates the development of early childhood communities and imparts skills to Practitioners to strengthen community owned initiatives.
Our Practice is based on a caring professionalism that builds relationships which affirm and support the ability of people to arrive at their own solutions.
The CSD’s holistic approach to development involves ensures sustainable, community driven projects. The approach is holistic, with emphasis being placed on contextual support. Local knowledge is valued and respected and local people are involved in their own research analysis and planning of outcomes. 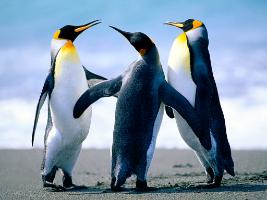 The CSD was established by Mrs Thelma Henderson in 1981 with the aim of assisting the Grahamstown community in education-related projects. The CSD has subsequently had two other directors, Diana Hornby and Cathy Gush, both of whom have added to and brought their own unique skills to the organization.

The political climate in South Africa was instrumental in the establishment of the CSD. Mrs Henderson started the CSD because she realized that there were no preschools in the black townships and she was a firm believer in laying a good educational foundation for children. In addition, there was a lack of supervision for young children during the day while their families were away from home. Mrs Henderson’s determined and prolific work is one of the reasons for the CSD’s continued growth.

This first phase of CSD’s existence was the establishment of day care centres for children whose parents were working outside the home. This was followed by a Social Welfare Model which was consistent with the thinking at the time.
The CSD had a significant influence on the establishment of preschools in the Grahamstown area. Some of the preschools that the CSD started were: Heidi, Shaw Hall, St Peter Clavers, Raglan Road, Makanaskop, Sun City and St Philips pre-schools. Some of the schools were provided with equipment and all of the schools were provided with teacher training and follow-up visits. The training of the teachers raised their professional level and skills.

The farm school project involved the establishment of preschools on farms in Bedford, Fort Beaufort, Grahamstown, Bathurst, Alexandria, Kenton-on-Sea, Port Alfred and the Fish River area. The farmers were approached to identify a place on their farm where the preschool could be established. There were 75 farm schools established by the CSD.

It is from this beginning that the CSD’s current model has evolved. Our model, a Social Development Approach to ECD, is a leader in the industry and has proven itself to be a highly effective tool in improving the quality of education that our young children receive.