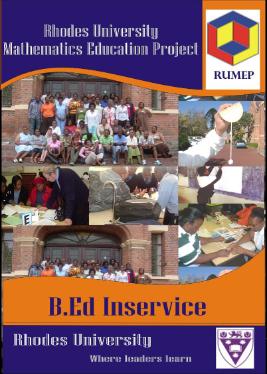 RUMEP, formally instituted in 1993, grew out of a series of outreach workshops for primary mathematics teachers. John Stoker and Rose Spanneberg had been conducting these workshops for some years, as members of the Rhodes University Education Department, with the support of British Council funding.

At the beginning of 1994 these workshops were refined in accordance with the vision and mission of a Cambridge University project in South Africa, sponsored by the British Council. During 1994 and 1995 RUMEP offered a Certificate in Mathematics Education and later a Diploma, having its work accredited by the University of Cambridge Local Examinations Syndicate (UCLES). In 1996, following negotiations with the Rhodes University Faculty of Education, RUMEP became a unit responsible for the delivery of the Rhodes University accredited Further Diploma in Education (FDE) for primary teachers, later the ACE, and now the BEd (In-service) degree in Mathematics Education.

This major development from the FDE, to ACE and now BEd opened up meaningful opportunities to work with funders, as well as with regional offices in the provincial education structure, the provincial Department of Education and schools under the jurisdiction of the Department.

Whilst the BEd programme has remained the core activity of RUMEP, a number of other programmes have developed over the years. Prominent amongst these has been the Farm School Programme that gave rise to the Collegial Cluster Project and later the MathsNet Project. These projects work hand in hand with each other to support teachers committed to professional growth.

RUMEP also conducts specific funder initiated programmes and produces classroom based teaching materials that have been trialed and tested at schools. 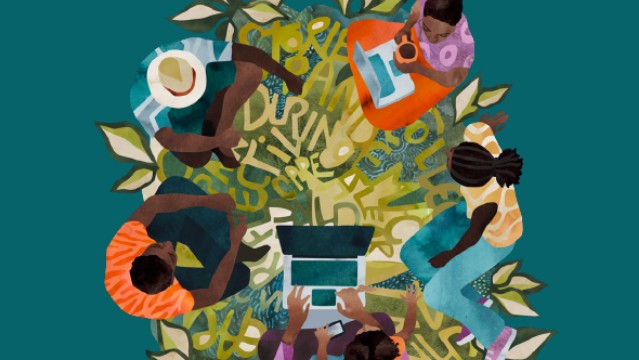 Technology should not stop us trusting students