With the rise of adblockers, platform dependency, and Facebook’s and Google’s dominance on the mobile ad market, the need for publishers to invest in the relationship with their readers is more important than ever.

Instead, many a media outlet is opting to sell “branded content”. Also referred to as “native ads”, this form of advertising not only threatens a publication’s editorial independence, it also harms its relationship with readers. And while they’re at it, one journalism site after another is killing the comments section, locking out readers’ voices instead of investing in building a community of contributing readers and journalists. Damaging the ties with your audience is the last thing one should do, yet it seems to be every publisher’s strategy at the moment.

Our times call for a dramatic change in media business models. We should choose to empower journalists and restore the trust of readers by adopting a subscription model.

Why some publishers love ‘the Donald’

In his book Trust me, I’m Lying: Confessions of a Media Manipulator, marketer Ryan Holiday describes how online journalism is broken. His diagnosis? Most online media outlets make money by selling ads. In general, the more traffic they have, the more ads they sell. But this makes online journalists prisoners of a system that expects them to generate traffic. They are victims of the trade, paid to write articles that create clicks.

Marketers and ‘media manipulators’ like Holiday supply journalists with everything they need to create clickable content, while meanwhile continuing to serve their own marketing agendas. In the book’s opening pages, Holiday shares an example of how he does this:

The billboard example is quite innocent. But what happens when a news outlet begins to follow presidential candidates just to generate more traffic on their site, to boost sales? The CEO of CBS recently told investors that Donald Trump’s bigotry is “phenomenal” for advertising revenue, and he hopes Trump keeps escalating. “Go Donald”:

So the ad model evens changes the political arena and affects our democracies.

The focus on getting more eyeballs and selling ads is also slowly destroying journalism from within. To understand why, we have to look at the extremes.

Last year, The New Yorker profiled The King of Clickbait Emerson Spartz, the ‘viral guy’ who obsesses over page views. His business model is to plaster his sites with ads. Originality is not one of his business standards; after all, copy/pasting viral hits from competitors will generate more revenue with less effort. “More original lists take more time to put together, and we’ve found that people are no more likely to click on them.” Take a look at the headlines from his most popular site Dose.com, to understand what kind of articles Spartz’s attitude gets you:

Of course Spartz can choose any business model he wants. I’m actually impressed he has managed to build a company around this one. But the problem with this King of Clickbait is that a growing number of journalists are forced by their publishers to compete with him. They feel obliged to adopt his tactics.

Thinking about how to reach your audience is fine. But lowering your journalism standards to go viral is not. And that’s exactly what happens when publishers look to Emerson Spartz for inspiration. They will only focus on page views and won’t worry about building a relationship with readers. Readers are just target groups one should trick into clicking on the next listicle.

This is a short-term strategy to generate traffic and boost advertising revenue. And once a publisher has gone down that road, it is hard to turn back. That’s worrisome, because the advertising model is coming under increasing pressure from three major threats. 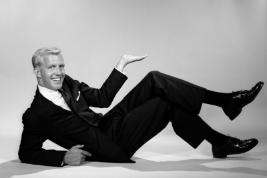 The mass use of adblocker software is putting increasing pressure on advertising revenue. To date there are 198 million active users of adblock software worldwide, and as a result online media companies will miss out on 22 billion dollars in advertising revenue in 2015 (pdf). Between 2013 and 2014 the number of users of adblockers worldwide grew by 41%. And according to this analysis on Monday Note, this is only the tip of the iceberg, since some new adblockers are even operating on a cell carrier level now.

Many journalistic publications depend on platforms like Facebook and Snapchat in their struggle to reach as many people as possible. These platforms generate traffic?—?no doubt about it?—?but they’re also trying to take over the relationship with readers.

The more Facebook knows about a user, the better it is able to target ads to that user. So the company would prefer users not visit external sites at all. Facebook recently launched Instant Articles, a service that hosts content from major publishers directly within the Facebook environment. The argument put forward to readers and publishers is that users save time, as they no longer have to wait for articles hosted on third party sites to load. But another reason is that users no longer have to leave Facebook to access news.

Publishers have little choice but to agree, as they’ve become more and more dependent on the traffic that Facebook sends their way. As a result, they will share their advertising income with Facebook and will gradually lose their own relationship with readers. And once Facebook users are used to consuming news on the platform itself, Facebook can start producing its own content (just like other platforms do when their market share is big enough, hi Netflix!), making publishers obsolete.

Threat 3: the future is mobile, and Facebook and Google own its ad market

An increasing number of users visit sites on their mobile devices, and this has created a whole new advertising market, dominated by Facebook and Google:

As a result, journalistic publications all over the world have seen their advertising revenue dwindle. But they’ve found an alternative.

The alternatives for traditional advertising damages the relationship with readers

Publishers are seeking alternative sources of income to make journalism possible, and the most popular form is native advertising, or branded content. In addition, a publisher may also sell editorial content to an advertiser. Their journalists then produce an article or a video for a commercial client. The readers are meant to carefully read or watch this content?—?the advertisement does after all look like an editorial contribution. It is also irrelevant where readers see the advertisement, as the advertiser has paid for the production of the article or the video, so whether the content is viewed on Facebook or on the publisher’s site makes no difference for the publisher’s revenue. 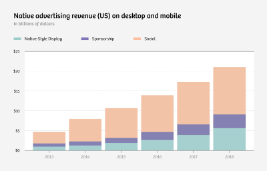 The branded content model is an enormous success and has already generated billions.

However, the downside of native advertising?—?a huge, unacceptable downside?—?is that it affects journalistic integrity. Although you often see “sponsored” or “presented by [name of business]” next to a native ad, numerous studies show that most users are unaware they are viewing an advertisement. That makes sense, as that is precisely the power and intention of a native ad: people perceive a commercial message as if it came from an independent source. A study conducted by media agency Contently showed that 62% of readers felt that a news site compromises its integrity when it publishes native advertising.

Native advertising undermines journalism. If publications allow advertisers to take up space intended for independent journalism and editorials, they relinquish their most precious asset: editorial independence. And that independence is essential if the press is to serve as a watchdog for democracy. Moreover, the very nature of native advertising is to deceive the reader. The survey carried out by Contently showed that 48% of readers felt duped when first mistaking an advertisement for an article.

Focus on advertising, and there will be no loyal readers left

Now, more than ever, is the time to invest in the relationship with readers.

Instead, publishers are damaging these ties. So when a publication can’t finance operations with advertising anymore, it won’t be able to ask for a donation or a subscription fee. It will have no loyal readers left. It will end up hoping for one more hit on Facebook. “Facebook should be 80% of your effort,” The King of Clickbait says.

When audiences lose their patience with click bait, they will look for a thoughtful alternative: longreads, in-depth analysis. A news site focused on getting readers informed rather than addicted. A site with a vibrant and knowledgeable community.

A site they will be willing to pay for.

Everyone benefits from a subscription model

An advertising model does not. When selling ads, you have to decide how far you want to go in fooling your readers. How big will I make that native ad label? Should I package this photo series in a slideshow just so it will lead to more clicks? Should I make the question in my headline more click-worthy, even if the article doesn’t really answer it?

And readers can tell whether a publication is investing in them or selling them out. When a publication invests in its readers, readers are willing to invest in it, by paying for a subscription.

As the cofounder of the ad-free subscription-based journalism platform De Correspondent, I can tell you from experience that it’s truly liberating to serve the needs of our 43,000 subscribers (who pay $65 per year) and not the needs of advertisers. Instead of viewing members as target groups for advertising, we can focus on serving our readers’ interests. Instead of starting ad-heavy sections like travel and career, we can make editorial judgments based solely on the importance of a subject. Rather than hunting for page views, we hunt for great stories.

We don’t distract our journalists with an obligation to write popular stuff; we empower them by asking them to focus on informing readers in the best possible way. We expect them to invest in the community, too. Rather than trying to reach as many eyeballs as possible, we ask them to encourage our readers to share their own knowledge. Our journalists are actively involved in the comment sections, and even find new sources there. Because our readers can only comment when they have a subscription, the tone is civilized. Everyone, after all, is part of the same community.

Subscriptions have saved journalism before

Media manipulator Ryan Holiday describes how the newspapers of the nineteenth century steadily became more sensational. It began because the newspaper boys on the street needed spectacular headlines to sell papers. Trust in newspapers eroded. The publisher Adolph Ochs came up with a solution: He introduced subscriptions. From that moment on, readers would find the newspaper on their doorsteps, regardless of how spectacular the headlines were.

The subscription model allowed journalists to focus on writing important stories and ignore the cheap ones. It led to the rise of one of the world’s finest newspapers: The New York Times. Ochs created an opportunity to steer away from pulp journalism by introducing subscriptions.

Similarly, web publishers today can escape the ads race to the bottom. How? Simple: by focusing on serving the needs of their readers, building communities with them and staying true to their journalistic principles.