Sci-Fest Africa is an annual National Science Festival that takes place in Grahamstown, it aims to promote science to local schools in and around Grahamstown. Exhibitions and shows are on display during the Sci-Fest week where students have the opportunity to interact and engage while they discover science. The CBC has held an interactive exhibition in collaboration with SAIAB at their venue called WaterWorld. We have exhibited there since 2013 and the interactive display has had great reviews. We won the Best Exhibition at WaterWorld in 2016. Since 2013, numbers have grown from approximately 600 people during the week to approximately 4400 people in 2016 of which around 4000 were school learners. The Sci-Fest platform creates an amazing opportunity where the research that the CBC does can be shared and the youth can be encouraged to follow careers in science and in particular Entomology. View Gallery 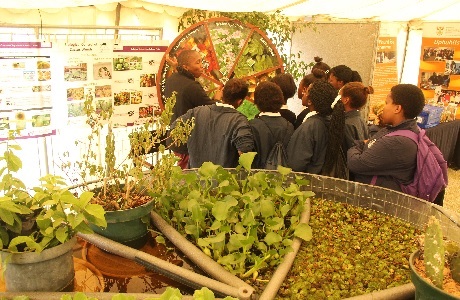