From January to August this year the CBC hosted American postdoc, Emily Kraus. During her time here she focused on understanding the relationship between aquatic weeds and their biological control agents, with particular reference to induced resistance.

She shares some of her experiences during here time here:

“Almost exactly a year ago I sought out and was invited to do a Postdoctoral Fellowship with Rhodes University. I was absolutely thrilled for this opportunity and couldn’t wait to wrap up my PhD at Louisiana State University and move across the ocean. There were a few hoops to jump through before I could get there. The visa process, for example, was just as difficult and anxiety inducing as everyone has indicated it would be. I am so privileged to have a US passport and will not be taking for granted the ability to travel to 166 countries without a visa ever again. I only got the visa about 72 hours before I left and that was after about six weeks of effort and hundreds of dollars.

Upon my arrival, the other scientists in the department were very welcoming. As a department they have daily tea at 10.30am, which was always great as it provided a short break from what you were doing and a little time to catch up on what everyone else was doing. It was also a good opportunity to hear what people are up to outside of work and was a good time for people to recommend different activities in the area.

My position in South Africa was with the Centre for Biological Control within the Department of Zoology and Entomology at Rhodes University. The work I was there to do involved determining whether invasive water weeds employ natural defenses against the insects we use as biological control agents. I was also interested to find out if these defenses could be inhibited so that the insects could provide better control of the invasive plants. I arrived on a Saturday and began work the following Tuesday. There was no time to waste!

In addition to my work on induced defenses, I came across another interesting project. One day while Prof Julie Coetzee was teaching me to determine whether the insects were male or female I noticed something strange on one of the insects. We weren’t sure what it was and took it up to the lab. After a bit of excitement and bringing in a couple other scientists in the CBC, Prof Martin Hill suggested it may be a Dryinid wasp. After a quick internet search, it appeared this was correct. The insect, Megamelus scutellaris, was brought from abroad to control water hyacinth and should not have had any natural enemies other than generalist predators in the new environment so this was very exciting and surprising. I was able to rear out dozens of the parasitoid wasps from the insects and send them to Dr. Simon van Noort, based at the Iziko Museum in Cape Town, and his collaborator Dr. Massimo Olmi for identification. They determined the insect was Ecthrodelphax migratorious, a wasp native to South Africa. This was very interesting as it represented a new relationship between two species which would never have come into contact if not for human intervention. It was also very interesting as there is no record of the native organism that the parasitoid would normally use to complete its’ lifecycle.

I thoroughly enjoyed my time in South Africa. There were so many amazing natural sights. Every time I ventured out I saw new and fascinating plants, animals, and scenery; from the elephants and lions in Addo to the gorgeous coastline. It was quite an adventure and I left off with a final trip to Kruger National Park joined by one of the amazing students I met while there Sara Salgado. I will miss South Africa and all the amazing people I met there. I can’t wait until I find a way to return!”

Emily’s time in South Africa came to a somewhat abrupt end when she was offered an amazing opportunity with the Florida Department of Agriculture and Consumer Services Division of Plant Industry. She is now in her new position where she leads the mass rearing of two biological control programs – one on the invasive air potato (Dioscorea bulbifera) and a second program focused on using biological control for the Asian Citrus Psyllid (Diaphorina citri) – a sap sucking bug and pest of citrus.

Thank you Emily for your great research, input and enthusiasm you brought to the CBC during your time here. We wish you all the best in your new job! 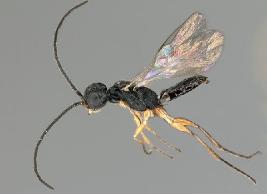 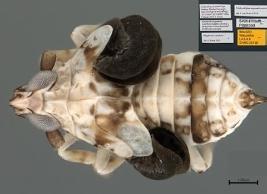