Sorry there was an error sending your form.
Giving to RU
Rhodes>Centre for Biological Control>People>Support Staff>Maretha 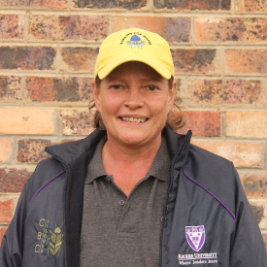 At Waainek Maretha manages the entire process of mass rearing and release, from correspondence with landowners who would like biological control agents released on their property, to collection and couriering of insects for release, as well as record keeping of all the all of the releases of biological control agents reared in Waainek which take place in South Africa. She also oversees the management of the staff of the Sisonke program, who help with the mass rearing and collection of insects at Waainek.