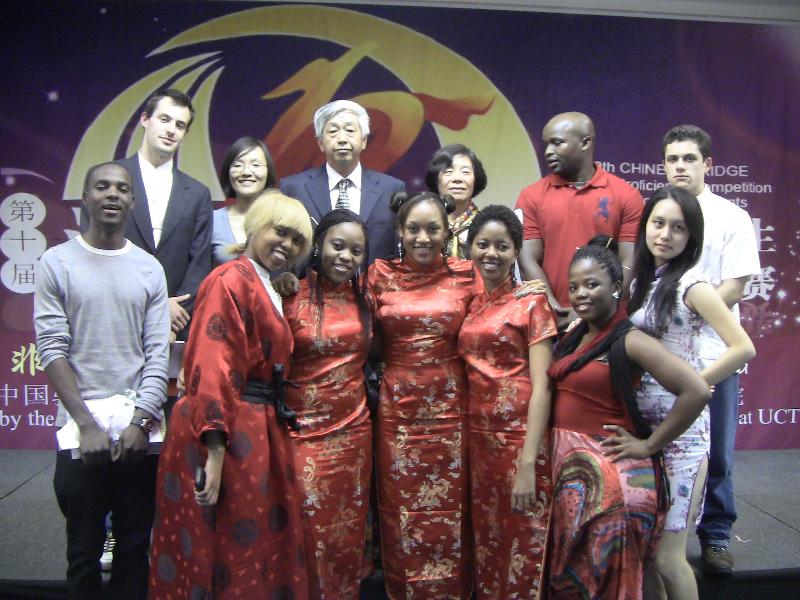 The Chinese Bridge Proficiency Competition for Foreign College Students is a worldwide initiative by the Hanban (affiliated to the Chinese government) aimed at promoting the learning of Chinese language and culture and bridging the gap between China and the rest of the world. Students compete at a national level and winners are then selected to go to China and compete in the international rounds leading up to the finals. Participants are required to take a short examination, present a prepared speech and perform a cultural act of their choice – all in Chinese of course.

This year, the South African Chinese Bridge was hosted by the newly founded UCT Confucius Institute in Cape Town. On the 8 May, students from at least 5 different institutions participated and the event saw a range of different talents being showcased. From singing and dancing to calligraphy and paper-cutting, students from all levels of Chinese learning performed and impressed the audience. Rhodes University student Daniel Charvat took second place following a performance of traditional Chinese painting and calligraphy. He will be competing in Hunan Province, China in August this year. 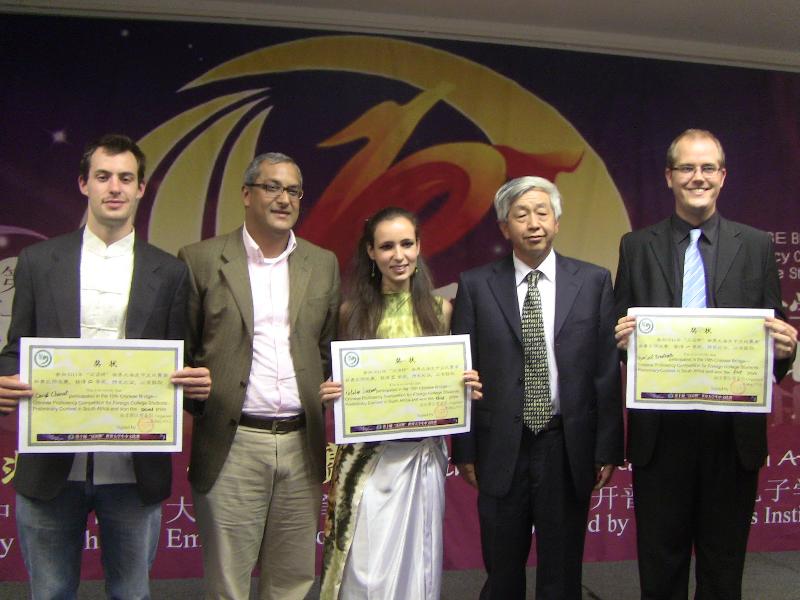