As part of the Confucius Institutes commitment to community engagement, the Chinese Studies 2 students, on the 21st of October, introduced pupils from Archie Mbolekwa Higher Primary to Chinese Tai-Qi as well as Kung Fu.

The pupils from the school are part of an initiative called Upstart, which is run by Shireen Badat in conjuction with Grocotts Mail. Pupils choose to be part of the Upstart programme with the hope of learning more about the world around them. At the end of every month, the pupils are asked to contribute to the Upstart newspaper where they share what they have learned with the rest of the community.

For the last few sessions the Confucius Institute had with the pupils, it was decided to take things outside the classroom for a little bit of physical activity. The pupils were introduced to the basic moves of both Kung Fu and Tai-Qi and were also given a brief history of each of the activities. The pupils were also asked to invent their own "style"of Kung-Fu, which resulted in the "snake", "crocodile"and "lion"styles.

The 21st of October marked the final sessions with the pupils from Archie Mbolekwa. Although it was a heartfelt goodbye, the pupils said they would never have known anything about China if it were not for the effort and dedication of a few Confucius Institute students. With the growing relationship between China and South Africa, it is becoming more important to introduce learners of all ages and backgrounds to this diverse, complex and deeply historical country, highlighting the differences and similaries between the two cultures. 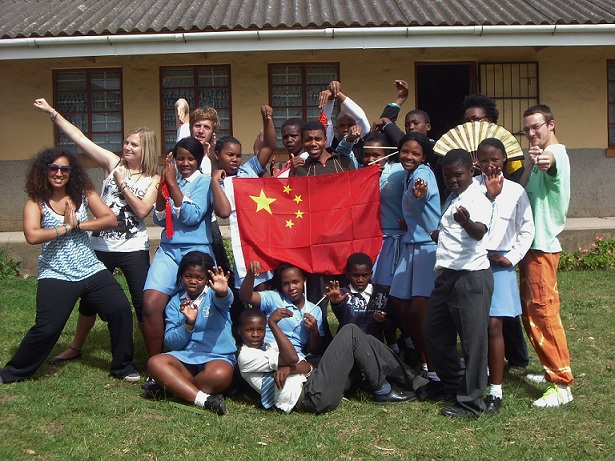 The focus of the Confucius Institute's sessions with the Upstart pupils involved introducing and teaching them about education and culture in China. The main resource that was used in order to convey the Chinese people's attitudes towards education was the "Sanzi Jing"or "Three Character Classic." The Confucius Institute students visited not only Archie Mbolekwa but also Cm Vellum for their sessions.

The Sanzi Jing is a large volume of short stories, with each story being told three chacaters at a time. The aim of the classic was to not only help Chinese children learn how to read, but also to help them learn about their culutre and what was expected of them. Most of the stories focus on respect towards one's parents and dedication and discipline towards education. These values form part of other Confucian ethics which also include humilty, loyalty and the importance of relationships. 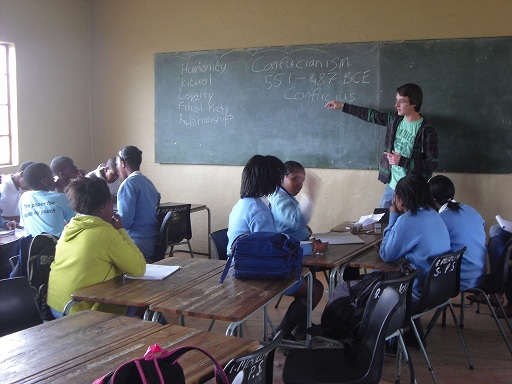 Once the pupils had learnt what they needed to from the Sanzi Jing, they also got a chance to see what Chinese food is like and what utensils are used. They were also introduced to famous Chinese landmarks such as the Great Wall, Terracotta Soldiers and the Forbidden City. 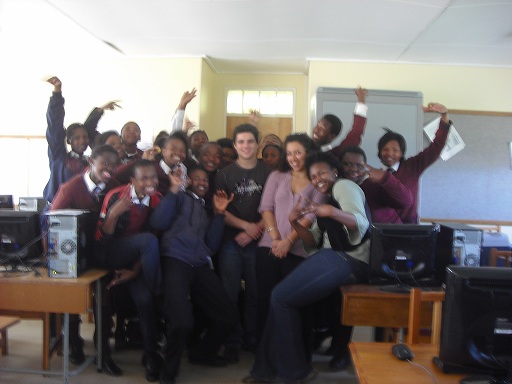