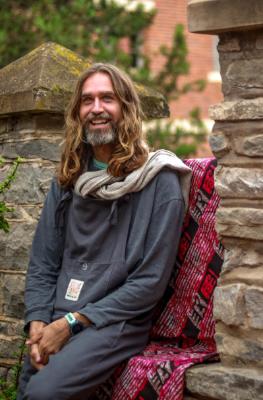 Director of One Ocean Hub
and Senior Research Associate

Dr. Dylan McGarry is a Senior Research Associate of the , and Senior Researcher at the Environmental Learning Research Centre at Rhodes University. He hosts the emerging Institute of Uncanny Justness and works in the areas of social-ecological justice, transformative social learning, activism, empatheatre and earth jurisprudence.

In early 2019, Dylan takes up a co-lead role for two major work packages in the Global Challenges Research Programme’s One Ocean Hub.  The £20 million One Ocean Hub is one of twelve innovation hub programmes approved by the UK Research Innovation’s Global Challenges Research Fund,  to respond to seemingly intractable global challenges through coordinated and  transformative research approaches. This is a major global research programme to influence ocean health and governance for sustainability involving over 50 international partners.

Dylan recently concluded Post Doctoral research in the context of the Transgressive Learning Network, an International Science Council Transformative Knowledge Network based with the SARChI Chair in Global Change and Social Learning Systems at the Environmental Learning Research Centre at Rhodes University. He is also a research fellow at Urban Futures Centre, at Durban University of Technology, in South Africa.

He explores practice-based research into connective aesthetics, transgressive social learning, immersive empathy and socio-ecological development in South Africa. He has a transdisciplinary PhD in Environmental Education and Art (social sculpture). His academic work to date has mainly revolved around sustainable rural development, informal youth education in complex learning environments and social ecological learning across various contexts and cultures. Dylan is also a theatre maker and co-developed the applied/verbatim/legislative theatre methodology entitled ‘Empatheatre’, where he co-founded a theatre company for social and environmental justice alongside Neil Coppen and Mpume Mtombeni. His artwork and social praxis (which is closely related to his research) is particularly focused on empathy, and he primarily works with imagination, listening and intuition as actual sculptural materials in social settings to offer new ways to encourage personal, relational and collective agency. To read more about his work and to connect to his publications go to www.dylanmcgarry.org and/or www.uncannyjustnes.org

Kulundu, I, H. Lotz-Sisitka and D. McGarry. (In Press). Learning, living and leading into transgression A reflection on decolonial praxis in a neo- liberal world. Chapter 2 in Kumalo, S. (2018). Democratic Violence: Power, Legitimacy and Injustice in Higher Education. Wits Press. In Press

McGarry, D.K. (In Press). Empathy in the time of Ecological Apartheid. Sustainability. In Press

McGarry, D, Temper, L., & L. Weber (In Press). From Academic to Political Rigour: Insights from the ‘Tarot’ of Transgressive Research. Sustainability. In Press

McGarry, D. 2005. “Sukuzincandela umgalagala” Finding solutions to poverty and conservation without biting off more than can be chewed. The South African Agency for Science and Technology Advancement (SAASTA) Young Science Writers Competition. www.saasta.ac.za/sciencewriters/winners/2005/mcgarry_d.pdf

I have curated and produced a substantive range of artwork and arts-based public education and activism practices. These are most often done in co-operative teams and in organisations or practice-based collaborations that I have founded and co-ordinated. They involve fundraising, curating, and production and most take months to develop and produce.  I have found this to be an important academic practice, and in doing these I draw on arts-based enquiry methods, as well as social sculpture practice.

My work in this area started with The Arkwork Collective, after which I was part of a large collaboration called COPART which led to the work on the Climate Train (a national public education and activism social sculpture project). After my PhD I worked on a series of theatre productions for social development and activism, these include Soil and Ash,  collaboration with Neil Coppen’s African Adaptation of Orwell’s Animal Farm, ULWEMBU and the Last Country play, forming Empatheatre and the Big Brotherhood Theatre company which I still contribute to. Most recently I have established the Institute for Uncanny Justness.

I co-founded The Arkwork Collective to create an arena in which I could continue working as an artist, as well as working collaboratively and socially on environmental justice issues.  Under this organization, I curated and helped to develop the following performances and art engagement processes:

2008 - 10 Green Bottles of Colesburg (Colesburg/Stellenbosch South Africa): I lead this project working with disenfranchised decedents of the !Xam people in Colesburg, Eastern Cape South Africa. It involved an installation and performance piece at the Culturvaria festival in Stellenbosch, Western Cape. Alongside a collaborating visual artist Mary-Ann Orr, and other performers, we created kinetic sculptures with people living on a waste landfill site in Colesburg. The project aimed to raise funds and act as a capacity development project for those involved, as well as capture dying traditional! Xam and San stories. http://arkwork.yolasite.com/the-10-green-bottles-of-colesburg.php

2009 - Quagga and the Unicorn (Grahamstown South Africa): This project funded by the National Arts Festival of South Africa, also worked with five disenfranchised youth on a landfill between Grahamstown and Cradock in the Eastern Cape. Using a variety of different creative practices, street performances were held across the town, that explored questions of life and death, as well as the idea of what can be reclaimed from the discarded. The performers collaboratively created kinetic sculptures and Japanese style Banraku puppets from waste under my direction. The Project was well received, and widely publicised. http://arkwork.yolasite.com/

2010 - The Arkwork Circus (Grahamstown South Africa): A continuation of my work with the youth living on the same landfull as the year before, we were able to expand the following performance, also using funds from the National Arts Festival as well as Artists Project Earth UK. This project involved five more performers and was a collaborative piece of work with Injairu Kulundu (a theatre maker), Jamie Alexander (an anthropologist) and myself. As a large team we created a giant street spectacle which involved giant puppets, African Masquerade and various forms of traditional African theatre and performance art. The project was widely publicised and became a feature in a national South African Environment and Culture TV show. http://arkwork.yolasite.com/

The Connecting Our Planet and Re-Imagining Together (COPART) network I cofounded and coordinated for two years. I also contributed my own artwork and social sculpture projects to the wider network over and above my coordinating capacity.

2010 - The Climate Fluency Exchange (CFE) (Cape Town, South Africa). The CFE was a 10 day open public arts exchange which I curated several different artworks, installations, facilitated workshops, social sculptures and other works across the city of Cape Town to coincide with the 16th UN COP climate summit. I facilitated several different workshops as well as co- facilitated two social sculpture projects alongside artist Lara Kruger, entitled: “Drawing to Understand” which work with woman and children from the Gender and Climate Change organisation, and a separate Social Sculpture developed by James Reed at Kalk Bay Harbour entitled: Agents of Change. Videos from this 10 traveling public festival can be seen here: http://www.climatefluencyexchange.org/videos.php

October- December 2011: The Climate Train (Across South Africa, 7 provinces): I coordinated and co-developed the Climate Train Project which was a traveling festival and educational platform that moved across South Africa for 44 days. It took two years to develop, and I curated this project, as well as put together the education programme which was a collaborative exchange process between various citizens from visual artists, filmmakers, dancers, performance artists, musicians, permaculture designers and educators. A day to day breakdown of the trip can be seen on the COPART blog (http://www.dontcopoutcopart.blogspot.com/) from October- December posts.

2011-2012, Earth Forum Social Sculpture (17 Towns in South Africa): Through a collaboration with Shelley Sacks, we developed a social sculpture project entitled Earth Forum, which I subsequently took across South Africa to over 17 different towns, and worked with over 350 people across the country. The primary artistic artefact that remains from this project is a round oiled cloth, with soil traces on it made by participants involved in the process along the journey. It embodies conversations, questions, imaginings and pictures of progress of hundreds of men, woman and children, from a wide variety of different communities. www.earthfora.org

2011-2012, Earth Junkies and Imagine M.E. (National and International) Working with a film-maker Dee Lourens and an anthropologist Emmy-Lou Rabe, we developed a national project working with foundation phase children, which using creative artistic facilitation attempts to expand foundation phase environmental education, and ecological citizen development, along with developing the first Global Childrens Charter for the Rights of Mother Earth. www.earthjunkies.org

December 2011, Being Water Social Sculpture (Limpopo and Kwa-Zulu Natal): A small social sculpture project I developed while on the Climate Train, Being water explores the interconnectivity of people and the natural world through an encounter with water. Working with the traditional Venda African Gourde and water, the performance artwork and social sculpture practice worked with the concept of water flowing through the human being and all life, and shared through a creative conversation and exchange.

2012, Picturing Progress (London, UK): I expanded on a small project initiated by Shelley Sacks, using the connective aesthetic of potatoes and pebbles I worked with tensions existing within the Trade Unions and the London Pride committee, as a means to navigated conflict over the 2012 Gay Pride in London. Holding a potato in one hand and pebbles in identical shape and colour, participants explored the concept of holding to images of progress in their imaginations at the same time.

2014-2017, Ulwembu: is a collaborative documentary-theatre project, that brings together citizens and civil society to engage the interface between street-level drug-addiction, policing and mental health in the city of Durban, South Africa. The play’s main purpose is to make visible the invisible life worlds of highly vulnerable people in Durban, and its surrounds. www.ulwembu.net (won three 2016 Durban theatre awards for best newcomer, best director and best script).

2017-2018, The Last Country: The Last Country is an immersive 50-minute theatrical production adapted from the 30 oral histories of migrant women collected as part of the above research and advocacy project. The script sensitively adapts the stories of the women migrants hailing from DRC, Zimbabwe, Somalia and KwaZulu-Natal.  http://www.uncannyjustness.org/the-last-country.html

2017, The E-Waste Funeral: Is a social sculpture process that responds to the rise in e-waste globally, and its impact on Africa. The social sculpture worked with staff and students at Rhodes University to create an empathetic immersive experience into this phenomenon. Two successful funerals (at Rhodes during 2nd term, and during the National Arts Festival). The funeral successfully contributed to implementing the new e-waste policy at Rhodes University. http://www.uncannyjustness.org/small-acts.html

2018,  Lead Editor for the T-learning Tiny Book Project (A public pedagogy initiative of the ISSC T-learning Programme, the Environmental Learning Research Centre Knowledge Commons and the Institute of Uncanny Justness)

The Tiny book project is a public pedagogy initiative emerging out of the Knowledges Commons in the Environmental Learning Research Centre. It is being developed as an activity emerging from the ISSC T-learning programme, and is being implemented out of the Institute of Uncanny Justness. It is a project that aims to decolonise and democratize knowledge and knowledge co-production. Workshops on developing simple 16 page A7 books that clearly and simply explain complex ideas - from academic concepts to practical contributions to environmental education and social-ecological justice. 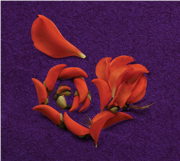 About the One Ocean Hub