Sorry there was an error sending your form.
Giving to RU
Rhodes>Helen Joseph House>Coat of Arms 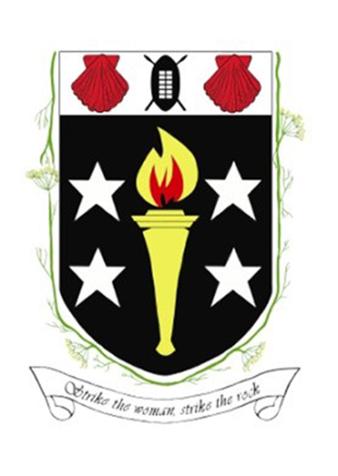 Designed in 2004 by Zakiyya Dheler, Silvana Barbali and Tegan Bedser [students in Helen Joseph House] after input was sought from all residents of the house, this Coat of Arms depicts the very essence of a house named after a woman of great substance: Helen Beatrice May Joseph [nee Fennel].